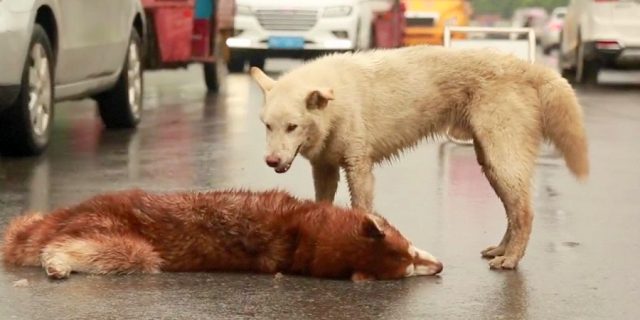 Dogs are known for their honesty and sincerity. Their loyalty too is simply uncanny. This heartbreaking video shows a dog who refuses to leave his dead friend’s side and decides to stand by, trying to convince him to wake up. 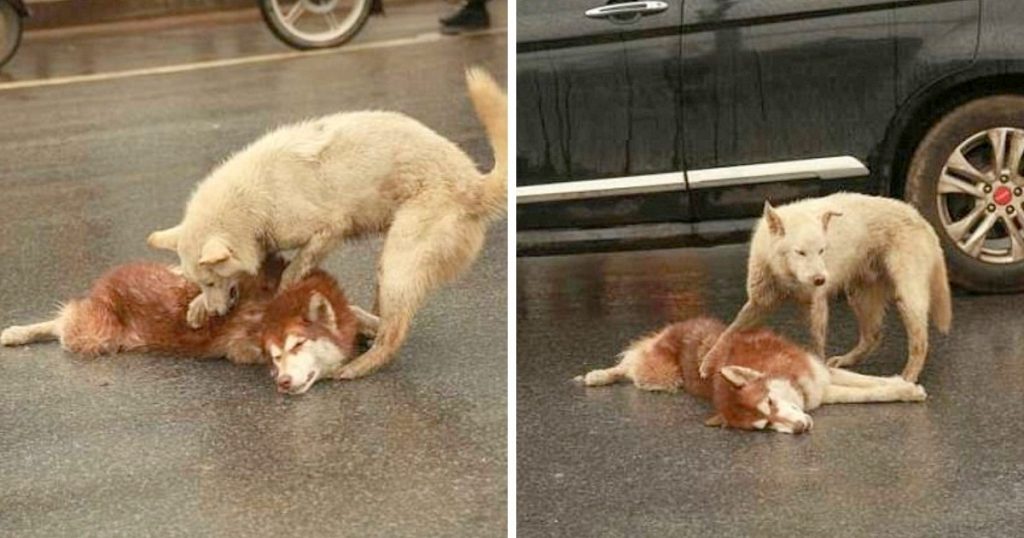 The video shows a brown-coated husky lying motionless on the street of China. The dog had been hit and the driver fled the situation, leaving the fluffy dog dead at the scene. We can see his creamy-coated friend staying by his side trying to wake up the motionless friend. Our hearts break as we get to witness the alive friend pawing at the dog lying on the street, desperately trying to get some life out of him. When he sees that his attempts are not effective, he lets out little constant cries, mourning his loss. 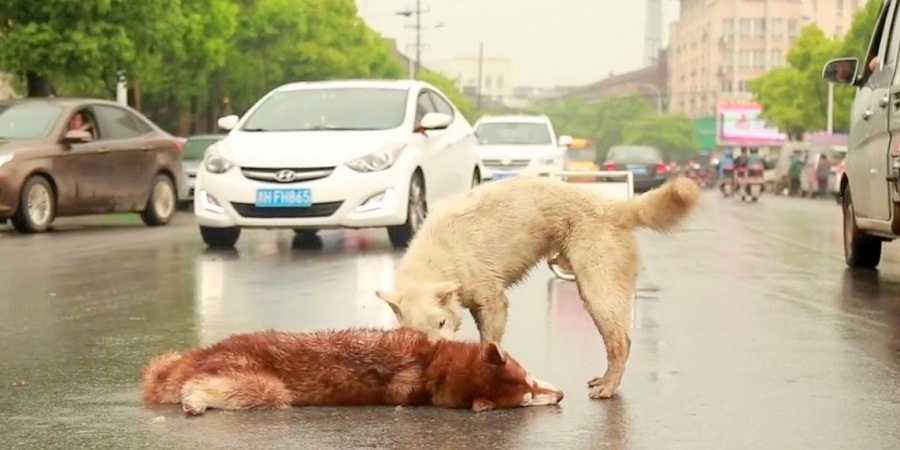 Soon, a woman, possibly the dog’s mom calls out to him. The dog only allows the mom nearby who then checks the pulse rate of the dog lying on the street, confirming sadly that he is dead. Police and other passerby people are also gathered around, trying to provide help in whatever way they can. This video has broken our hearts. We hope the dog will manage to live and make peace with his grief for we understand the recovery is long way ahead.