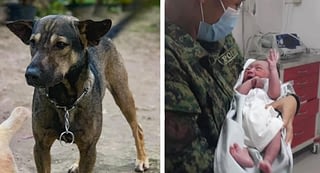 A hero dog named Blacky came to the rescue of an abandoned baby in the mountains of the Philippines. Blacky kept barking at bikers nearby until one stopped to follow the pup.

However, the rider, Junrell Fuentes Revilla had not expected to find a newborn baby! Initially, Revilla stopped to pet the dog, but he was surprised when the dog moved on.He realized then that the dog wanted him to follow his trail. Blacky led him to a dumpsite where Revilla found the baby wrapped in a towel.The biker brought the unattended child to the nearest police station from where the department of social welfare took over. The story made the local news and Blacky became an instant hero.

According to police reports, the baby may have only just been born as part of its umbilical cord was still hanging from its navel when the biker found him.Moreover, many initially assumed that the hero dog was a stray. But it was later revealed that he belonged to a family.

Animal rescue service, Hope for Strays mentioned in a Facebook post, “Yesterday, we first found hero dog’s location and confirmed that he is not a stray and he has a very loving family.”

The owner of the dog, Kuya Lyndon, told Hope for Strays that he takes care of around 10 dogs in his home. “No matter how hard life is, even though I’m poor, I feed all of my dogs and take care of them well,” he said. 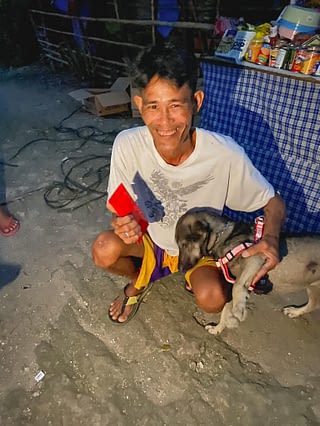 Hope for Strays is a non-profit that advocates for the adoption of homeless stray animals in Cebu.