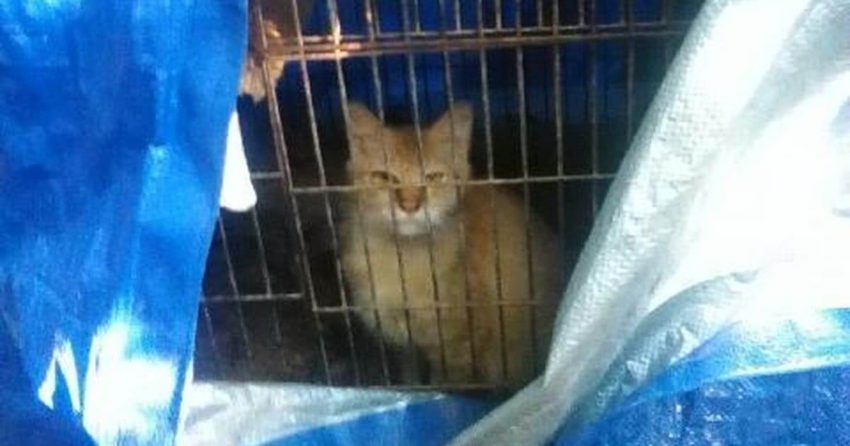 rescue organization called Furry Nation Salvation received word about a cat being forced to live in unimaginable conditions. The cat was locked in a bird cage her entire life outdoors. After hearing about her situation, a rescue team rushed to the scene to check out. 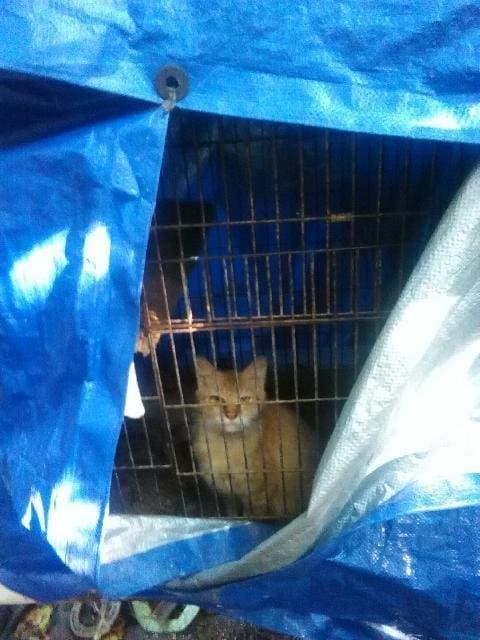 When the team arrived at the spot, they quickly approached a small and dirty birdcage. The rescuers couldn’t believe their eyes when they found a ginger tabby cat covered in fleas who had no clean space to rest. 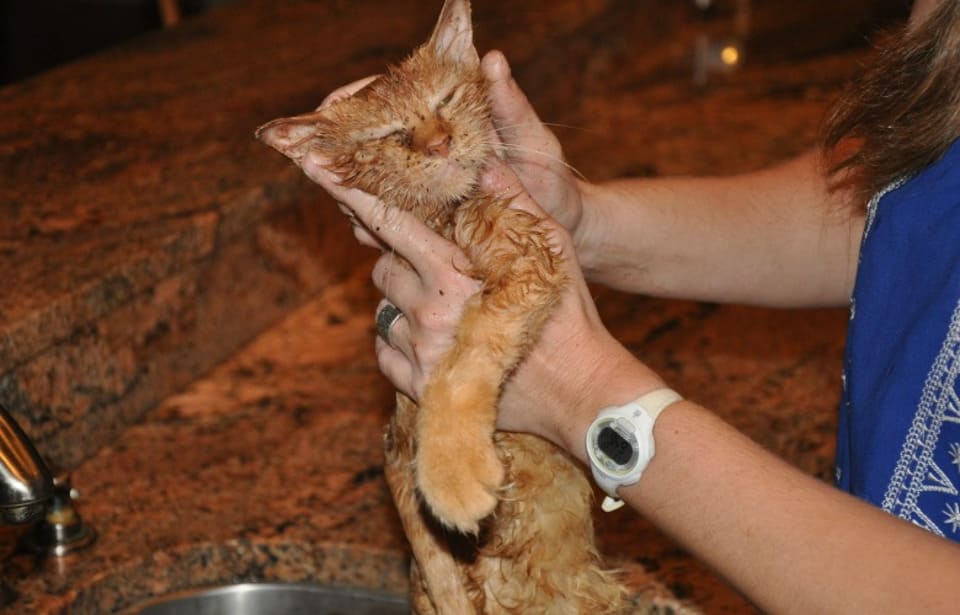 The team immediately picked up her and washed her to remove fleas. At first, she would only walk short distances then sit down. She cannot walk or move very far at all, because she was not used to having freedom to roam since living in a bird cage.

They brought her to a clinic so that could receive all of the necessary treatments she needed. After being checked, the vet said that the cat had bladder, upper respiratory, and skin infections due to the environment she was living in. “Once we got her home she received a flea bath and got a dose of flea preventative on,” Tonja Heer of Furry Nation Salvation said. “As my 2-year-old held her while she dried, she purred very loudly, like the sound of a dove.” The rescued cat was named Holly Peppermint and received proper care by kind rescuers. She realized that she was finally safe and began to heal. Thankfully, a woman named Caril Whiting saw her story on Facebook and offered to adopt her. 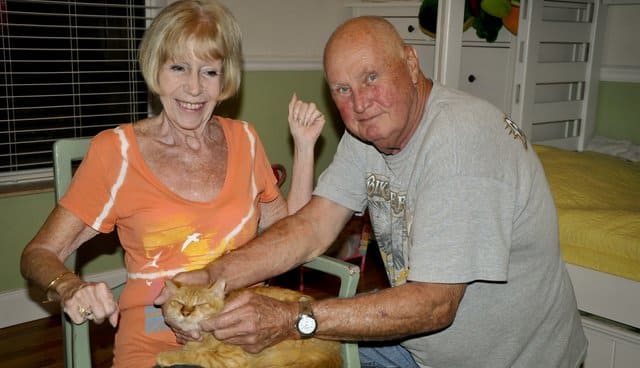 It has been four years since Holly was adopted and it is happy to say that she has a great life now and is enjoying a life full of love. No longer a name-less cat confined to a bird cage, Holly has found the perfect home and the best friends that she truly deserves. 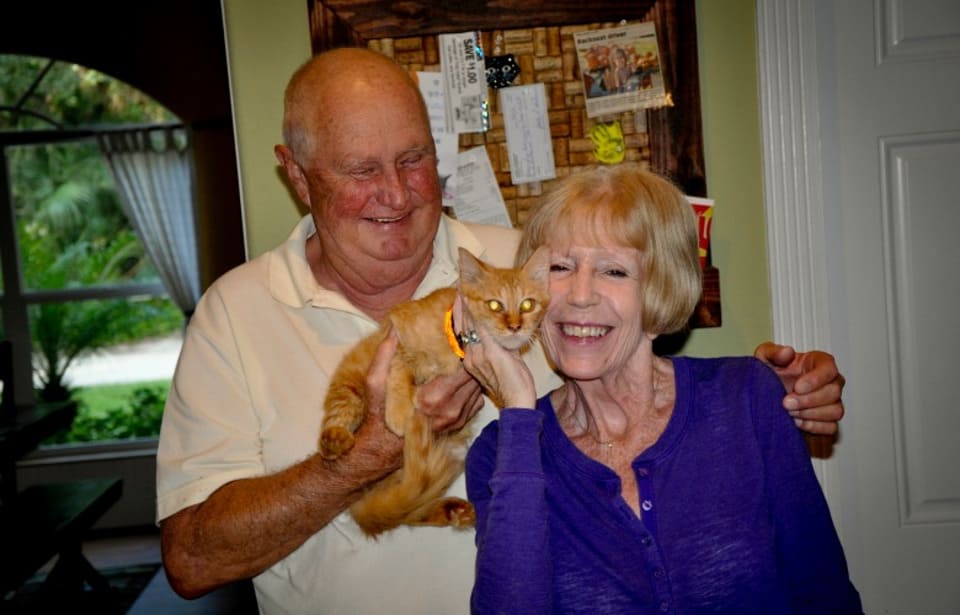 Please share this heartwarming story with your friends and family!