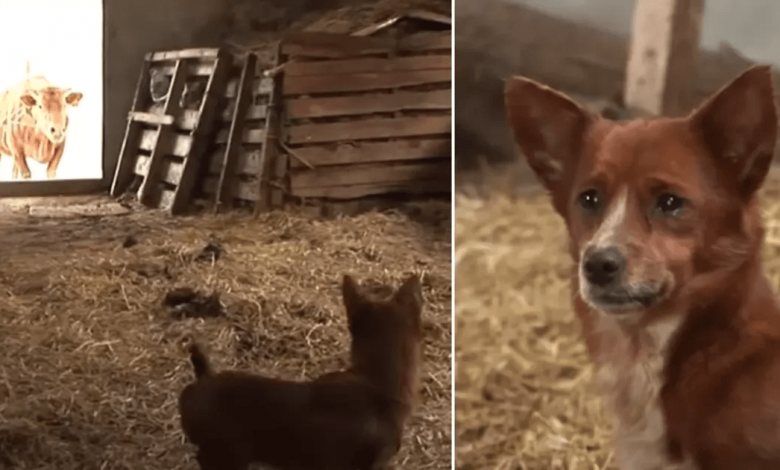 ey say there is nothing stronger between the bond between a mother and her child, biological or not. So, what you are going to read next will hardly surprise you, but will definitely bring tears to your eyes.

Who said that animals cannot love as strongly as humans? On the contrary, animals are able of strong emotions such as love and devotion, especially when the bond between them is similar to mothers with her child. 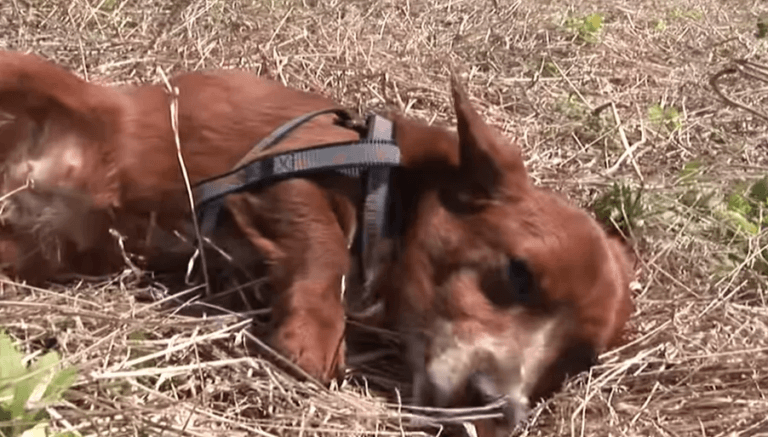 Meet Rookie, an adorable little pooch that had been living on a big farm along with many other animals. Rookie, who had lost his mom early on, found himself looking for a motherly figure to connect to, and he found one in a fellow animal on the farm, a cow.

The little dog after losing his mom started to spend more time in the barn where he befriended the cows living there. Rookie soon became really attached to one of the cows which in turn decided to “adopt” him as her son. The cow and Rookie would spend a lot of time together, playing and cuddling, and the cow would even allow Rookie to sleep on her back. They were really inseparable for nearly two years until the farmer due to some difficulties decided to sell one of his cows, and that was Rookie’s “mom”.

The farmer dragged the cow outside of the barn, it was time for the cow to meet her new owners. Rookie, witnessing the scene, couldn’t believe that he was being separated by his mom. You can see his eyes glistening with tears. The little pooch started barking and barking, but the farmers didn’t cancel the transaction.

Rookie run outside the barn, and looked with sad eyes full of longing at his mom, being dragged away! The cow in her turn started bellowing, making Rookie follow her call. The farmer noticed Rookie running after the cow, but he was unable to stop the pooch as he had winds on his legs! The cow was sold to a neighboring farm so Rookie was able to locate quite fast. The cute dog found his mom waiting for him at her new bar, but their reunion was soon interrupted by the new owner who took Rookie back to his home. 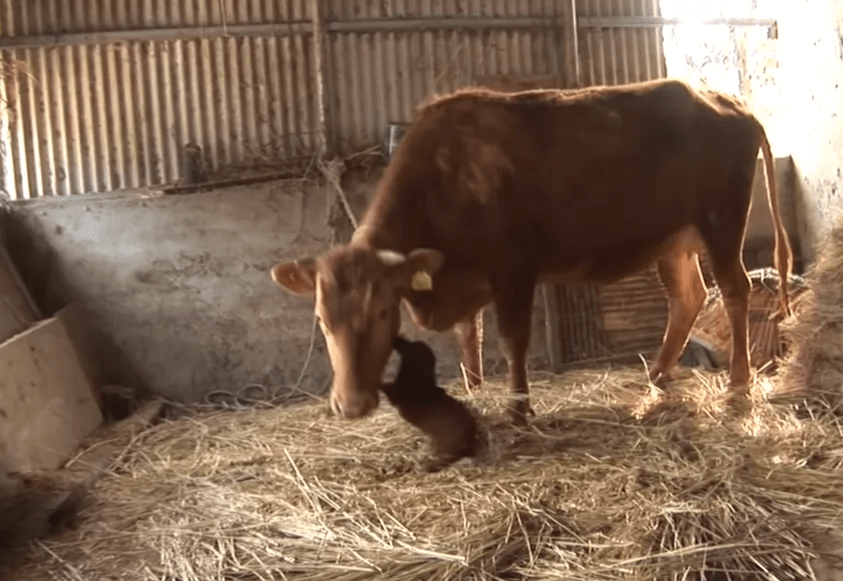 The separation from his mom hit Rookie hard as he soon fell into depression.

The little pooch lost his appetite and all his energy. He really really didn’t want to do anything but mourn the loss of his mom. He started spending all of his time by the street, crying towards where the cow’s new home was. 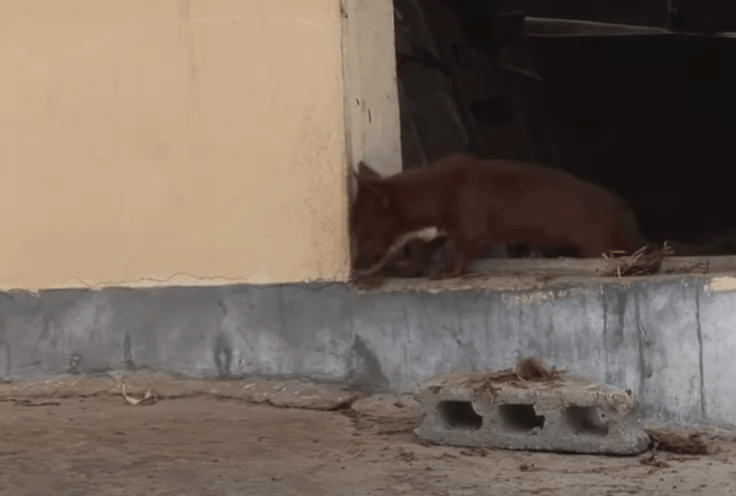 This drove the farmers to reconsider, and finally, they decided to buy back the cow! The Rookie would be at last reunited with his mom. You can only imagine Rookie’s elation the moment his dear mom returned to him.

The farmers urged Rookie to make more friends, putting some distance between the cow and the little dog, they even tried to make him notice other cows, but we all know that the bond between a mom and a child/ pup is very difficult to break.

Love is such a beautiful thing and it’s really amazing when we can witness it in all the different forms of life. Let’s hope Rookie and his mom will be happy together for many more years to come!

If you would like to see more of Rookie, check out the video below.