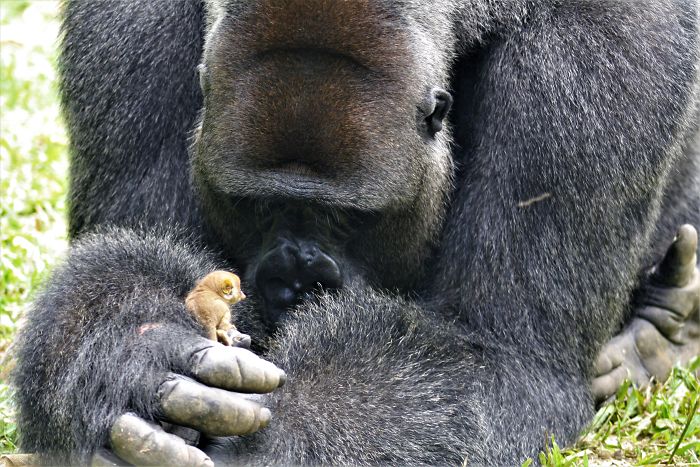 When it comes to unlikely friendship, wildlife never cease to amaze. And a massive 450 pound gorilla sharing some tender moments with a 0.5 pound wild bushbaby is definitely a sight to behold 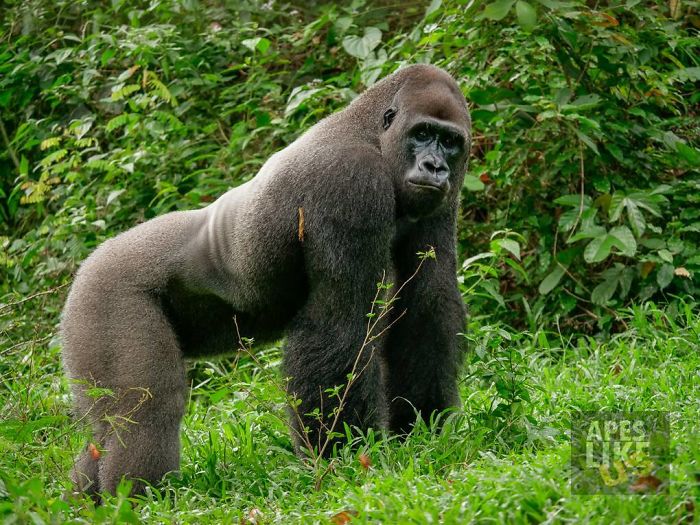 Over 300 rescued animals live at Ape Action Africa, Cameroon – a sanctuary dedicated to the conservation and protection of endangered primates as gorillas, chimpanzees and monkeys. Bobo – Western Lowland Gorilla is among the first residents at the center, founded back in 1996. The huge male arrived at the sanctuary when he was only 2-year-old, after loosing his mom due to poaching. And back then, Bobo was far from the strong dominant male he’s now. 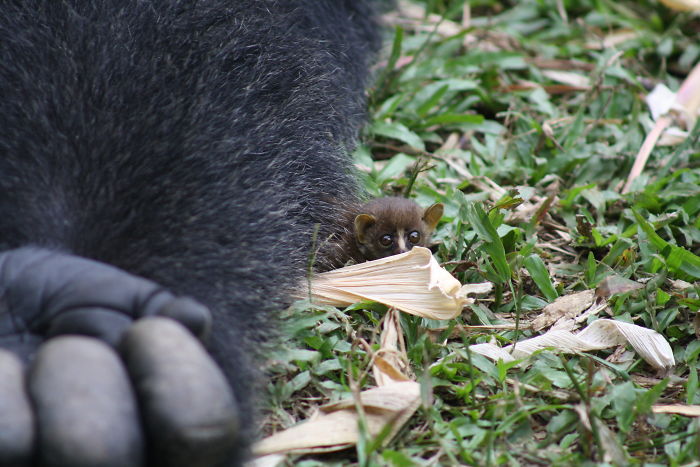 Even though he’s such a fearless looking creature, Bobo is nothing but a gentle giant. And recently, his gentleness blown away even the caretakers at the sanctuary. While on their morning checks, the caretakers could not believe their eyes when they saw Bobo sharing an adorable moment with his newest and the most unusual friend – a wild bush baby. 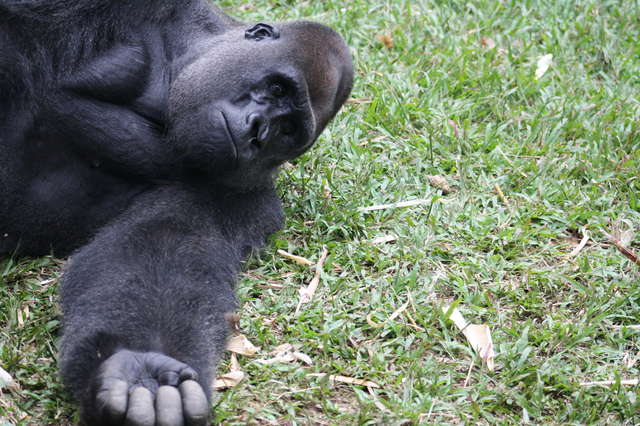 “Our silverback gorilla Bobo made a surprising new friend this week — a wild bush baby!” Ape Action Africa wrote in a Facebook post. “Caregivers discovered him cradling the tiny primate during their morning checks, and were amazed to see him handling it with the utmost care.”

Most likely the tiny creature had been living inside Bobo’s group enclosure. But even so, it’s quite fascinating to watch it interacting in such a friendly manner with its giant neighbors. “The bush baby showed no fear of Bobo,” Elissa O’Sullivan, spokesperson for Ape Action Africa told Bored Panda. “He moved around his body and spend his time hopping around in an open grassy area, before choosing to return to Bobo.”

Wild bushes are normally nocturnal animals, so watch a bush baby hanging with a bunch of gorillas in full day light, was even more fascinating for the caretakers. “Bush babies are usually nocturnal, so it is very rare to see one during the day,” a staff member said. “We have never witnessed a wild primate interacting with a rescued one at Mefou Sanctuary.”

The other gorillas – three females and three young males, soon became very interested in Bobo’s new friend. However, Bobo suddenly became overprotective with his tiny companion and he kept his group away from it. “Bobo’s group-mates were desperately curious, particularly his favorite female Avishag, but he kept them all at a distance, making sure that no one disturbed his new friend,” the sanctuary wrote. “The little bush baby was happy to play in Bobo’s arms, hopping off to explore the grass nearby, before returning to Bobo’s hand.”