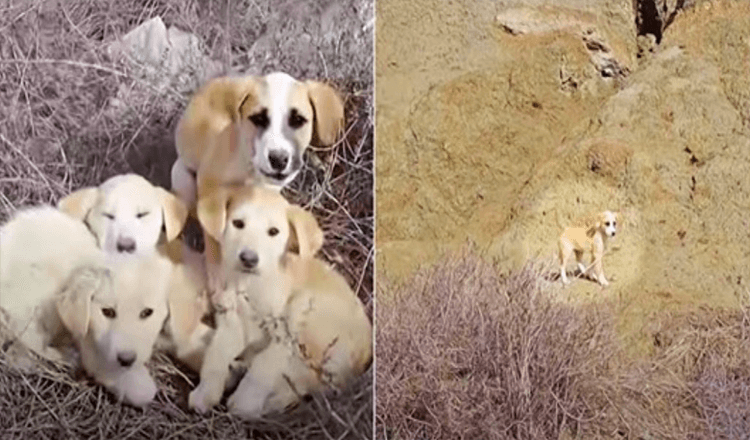 Unwanted puppies are born all the time. When a pet owner doesn’t care to spay their dog, the result can lead to a devastating scenario. Thankfully, there are animal lovers out there that are willing to step up and save the puppies in need, if they are found in time. One such couple was on vacation in Sicily. They often volunteer for rescue groups at home but they weren’t prepared to see four abandoned puppies in the middle of nowhere.

Three of the puppies were in terrible shape. They were weak and hungry. They had no energy to run away so they were easy to catch. But the fourth puppy was healthy and larger than the rest. The couple, Brittni and Ryan, put food out for the puppies. The three puppies ate happily and were then picked up by the couple and brought inside their vehicle. 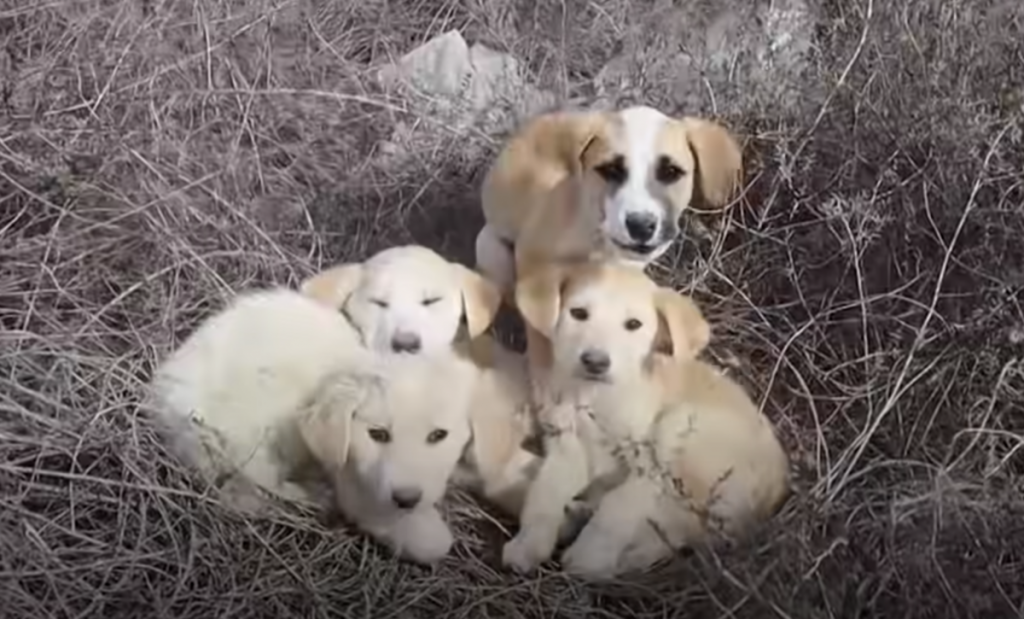 The fourth puppy, however, took off, wanting nothing to do with being rescued. Brittni and Ryan still tried their best. They chased him then carefully hid and waited for him to come closer. Every tactic that had worked before did not work with this puppy. It was getting dark and the three other pups needed care. The couple was devastated to do it but they had to leave the fourth puppy behind and come back for him when they could. 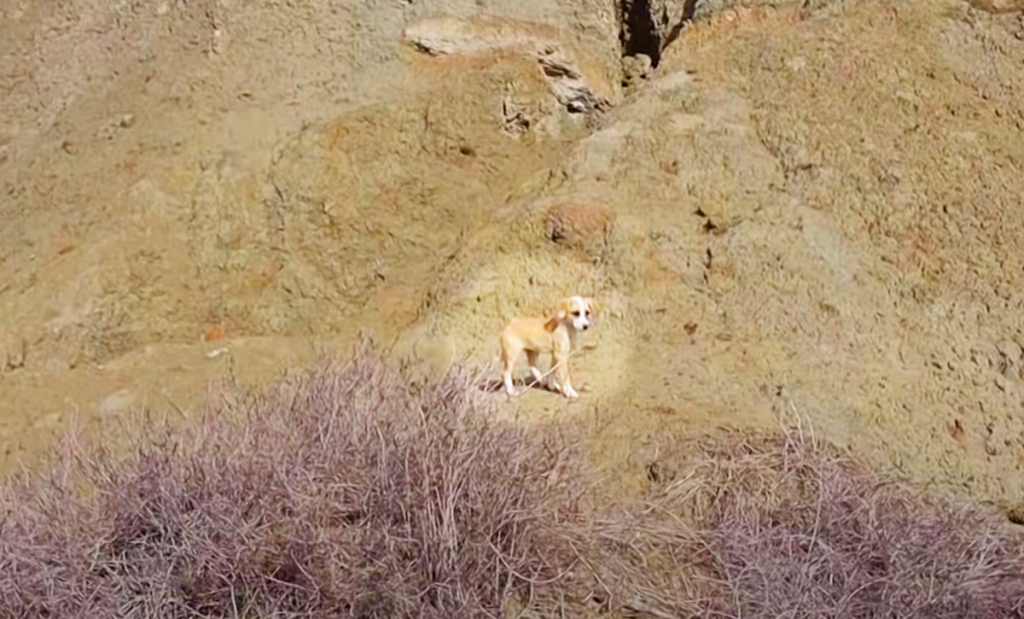 The three puppies were now in safe hands. Brittni and Ryan brought them back to their RV. The pups were cold so they covered them with towels, with hot water bottles beneath, and kept them as warm as possible. They fed them and gave them tons of TLC. The couple was rewarded with tail wags and improved health two days later. Brittni and Ryan were ecstatic. But of course, one puppy still remained out there. And their mission was far from over. 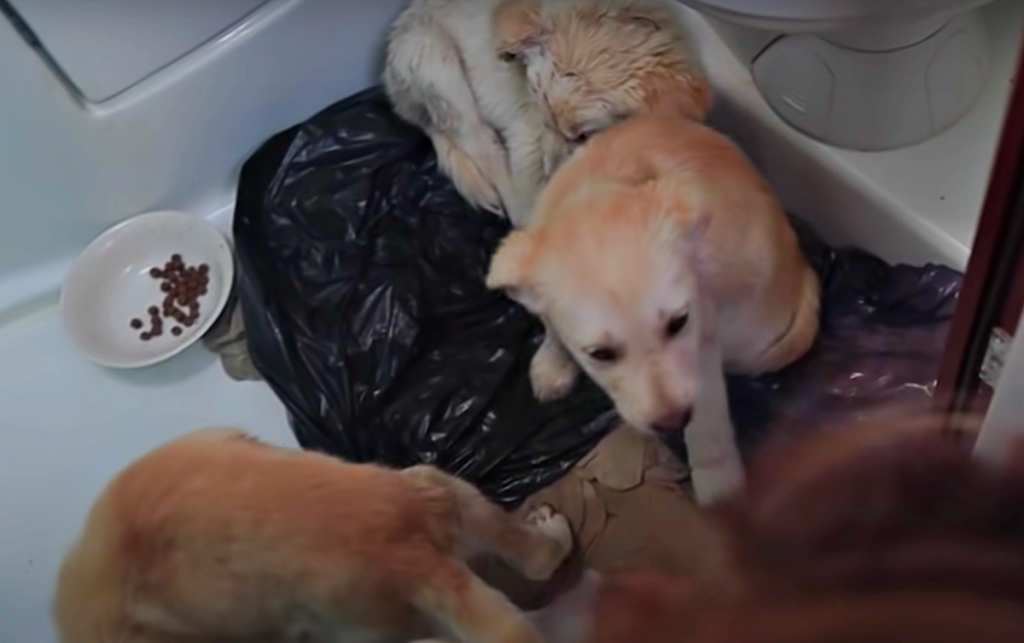 The couple remained steadfast and returned to the site every two days. The puppy was impossible to catch. They tried everything they could imagine. The puppy was so frightened that he’d hide inside the dense brush. No matter what the couple tried, even getting close to the brush, the puppy managed to slither beneath and run away again. The three other puppies were flourishing! With continued frequent feedings and lots of warmth (and love), the pups were ready to go to a nearby shelter. Brittni and Ryan were thrilled. They of course would miss the puppies but getting them forever homes was always the goal. The shelter assured them that there were many potential adopters looking for puppies just like them! Now it was time to focus on the fourth puppy. So the couple went back AGAIN! He was still so scared. He continued to hide in bushes then run as fast as he could if Brittni and Ryan got too close. Finally, the couple managed to get him into a bush that was a bit smaller. Their plan was to pull the bush apart twig by twig while they protected the perimeter. This may just work. But of course, the puppy was smart and fast. 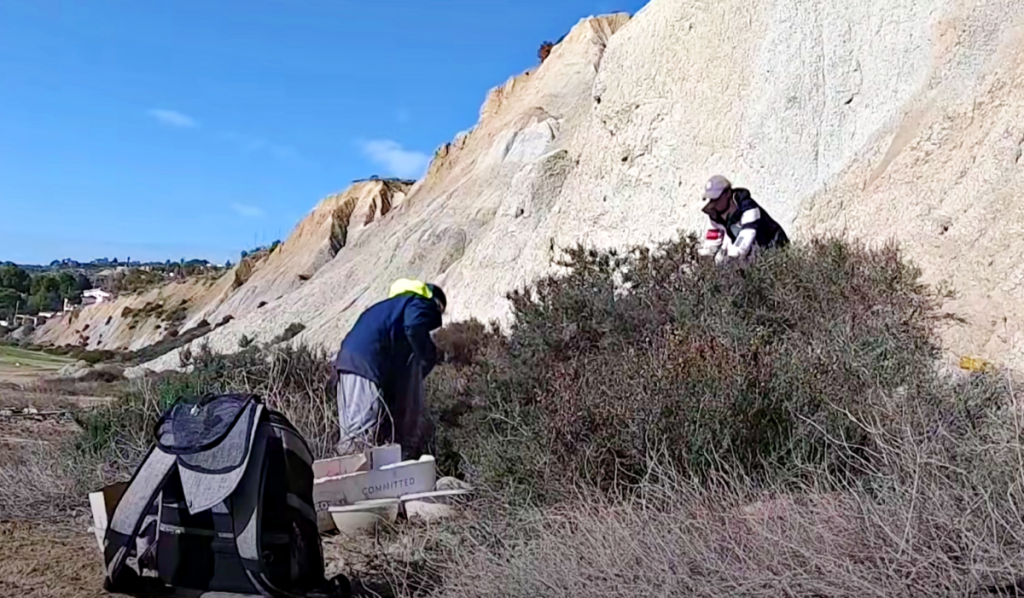 Brittni and Ryan made a pact. They had enough food and water for themselves and even a tent. They were not leaving without this dog. We’ve seen many rescues, but we have never witnessed such determination and dedication. This couple went above and beyond. To see what happens next, and if Brittni and Ryan were successful with puppy number four, check out the video below. We applaud every single human out there that selflessly helps animals.