Some people would do just about anything for their animal friends, even if they don’t know them. A brave woman and animal lover named Tia is definitely one of those people. Tia decided to go on a hiking trip to the mountains along with her father, as both of them wanted to enjoy nature in silence and in each other’s company. However, they didn’t expect that they would have some extra company during their way back down, writes ronproject.com

After three hours of hiking, the single mom suddenly spotted a heavily injured dog on the side of the trail.  The four-footer was practically immobilized and was just laying there, with no one else to be found. The two then checked on the dog and even though they aren’t vets, they knew that this large dog simply couldn’t walk anymore. With no owners in sight, the poor dog must’ve been abandoned and left behind to cripple.
Tia and her dad wanted to do everything in their power to save this poor pooch, at all costs.

However, they knew that the road to find help wasn’t going to be easy. After all, they were in the middle of the woods and still six hours away from the nearest village, and the fact that the dog weighed no less than 55 pounds certainly didn’t help either. It looks like adrenaline kicked in for Tia, as she hoisted the poor four-footer on her shoulders for what was going to be an extremely long and tough hike back to civilization. 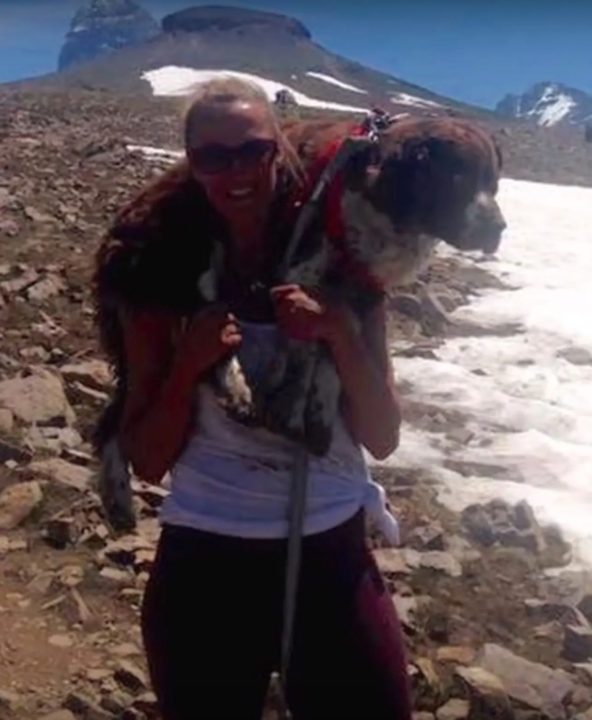 There was no transport vehicle and there was absolutely no way that the dog could stand on his own – carrying him on her shoulders was the only way for the pooch to have a chance at survival. Tia’s 76-year-old father wasn’t strong enough to carry the pup, so Tia did the whole trip back with some extra weight. “We decided that I would carry him down and look for help. He was pretty beat up, so he couldn’t walk,” the brave woman said in an interview on the Pickler and Ben YouTube Channel. “It was one of the hardest things I’ve done in my life,” she added. 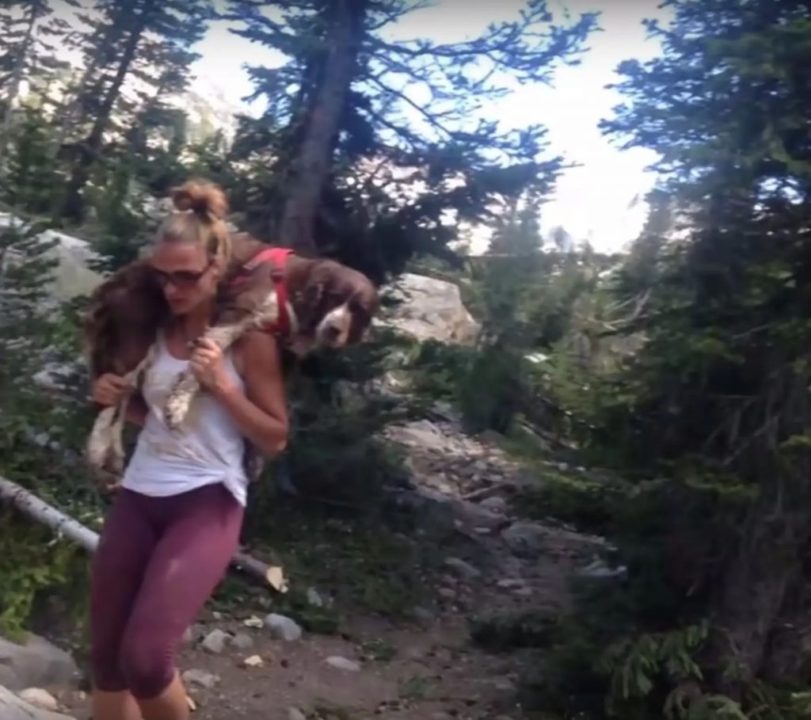 The YouTubers then commented that the woman must’ve had some pretty strong muscles and quads in particular, which made Tia laugh and agree silently. Luckily, she does have a bit of a sports background and was well-suited for the job. Tia used to be a gymnast, meaning she had her fair share of intensive exercise in her life. Nonetheless, we’re pretty sure that nothing can really prepare you to carry a 55-pound dog six hours down a mountain. When Tia is shown a particular picture of the pup laying on her on top of a large rock, she was more than willing to add a few comments. “I was really dead. I wanted to stop. I wanted to quit. I was almost in tears. You know, every time that I would set him down I would have to squat all the way down to my bum and then lay down so I could let him down gently so that I wouldn’t injure him anymore,” the woman told. When they finally reached the village after six miles of hiking, the pup was rushed to a vet. The poor pooch had a very tough road to recovery, although he is now doing fine. He spent a month and a half in a cast, had ruptured ligaments and also needed surgery in his paw. Vets were also able to track down the owners and discovered that the dog’s name was Boomer. 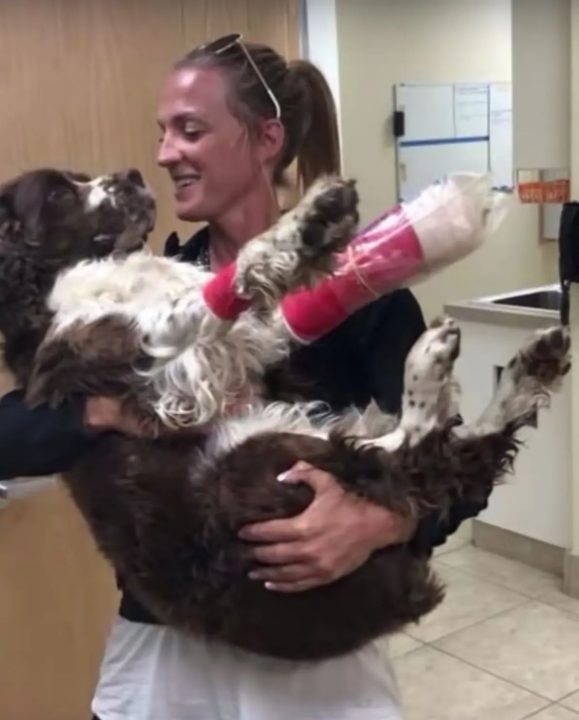 The owners said that Boomer fell off a 100-foot cliff after he slipped on a snow crevice. They’ve seen him roll for a couple of hundred feed more and thought there was no way that he could survive the impact. Luckily, Boomer proved them wrong. What an absolutely incredible rescue story and an amazing woman!