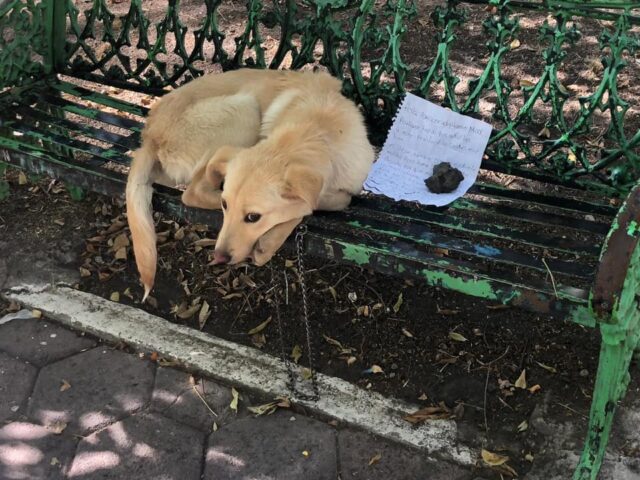 helpless   puppy was   found tied to   a bench   in Mexico, unable  to move. He   had no food  and no water, but  he was too  terrified to let anyone  approach him. The  only explanation  of his heartbreaking  past was a note in Spanish,  which seemed  to be written by  a child.

This poor  puppy thought his  life was coming to  an end that  day, but animal  rescuers refused  to give up  on him. They helped  show him how  amazing life can be   by giving him  unlimited love and  affection. Now, he’s  getting ready for  his second chance at life.

Marcela   Goldberg with   Mascotas Coyoacan   received a call about   the lonely puppy.   She and fellow  rescuer Azul Galindo rushed   to save the dog.  Many kind   strangers had   stopped to give   the dog some   basic needs like food and   water, but the scared   pup growled  whenever anyone   got too close. Sadly,  this sight wasn’t  a surprise to Goldberg. She   had witnessed many   dogs get left behind  amid the stress  of the pandemic.

The dog  still refused to let  volunteers touch  him, but Goldberg was   able to get close  enough to look  at the handwritten note , which was held  down by a rock. The tear-jerking  message explained  why the dog was  so fearful of humans 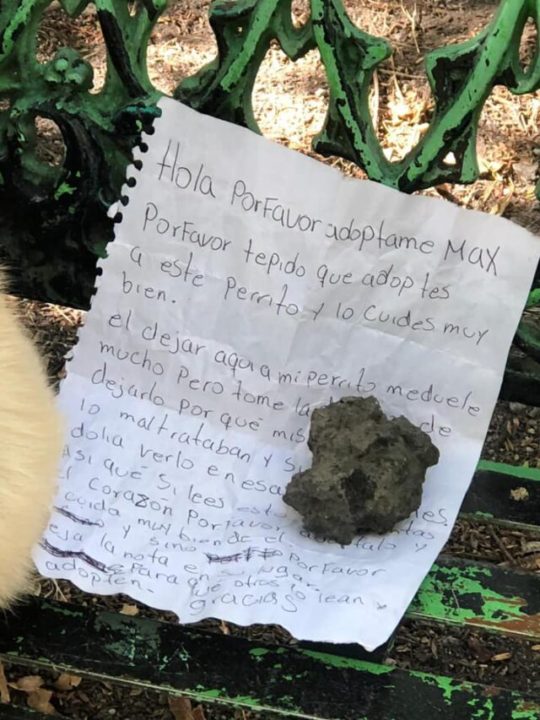 “Hi, please  adopt me: Max. Please, I ask   you to adopt this  dog and take  good care of  him,” the letter  read. “Leaving my  dog here hurts a lot, but  I made the decision   because my relatives   abused him and  it was painful to see him in   that situation. So if  you read this and   you feel moved, please adopt  him and look after  him. If not, please leave  the letter here so   another person can  read it and adopt  him. Thanks.”

After cutting   the dog’s chain off,  he calmed down  a bit. He was still   scared, but he eventually   let Goldberg pet him once  they were away   from the bench. Thus,   it was the beginning  of a new chapter  for him. 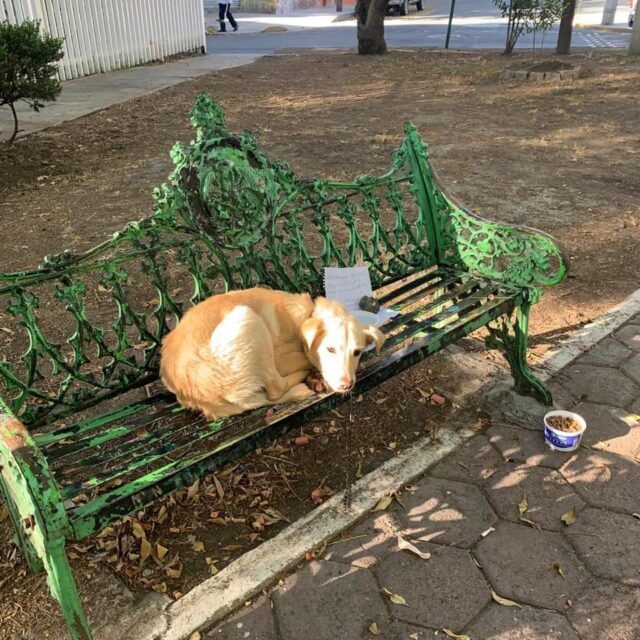 A New Leash on Life

Once   the puppy started   using a regular leash   instead of a chain, he   slowly began to   warm up to  humans. They also changed his name   from Max to Boston so  he wouldn’t have to   think about his  unfortunate past.

7-month-old  Boston is slowly   learning to trust humans   again. His rescuers have   noticed him becoming   more playful, affectionate,   and happy as the   days go on. He’s almost   ready to find a forever   family who  will show him what   true love is like. 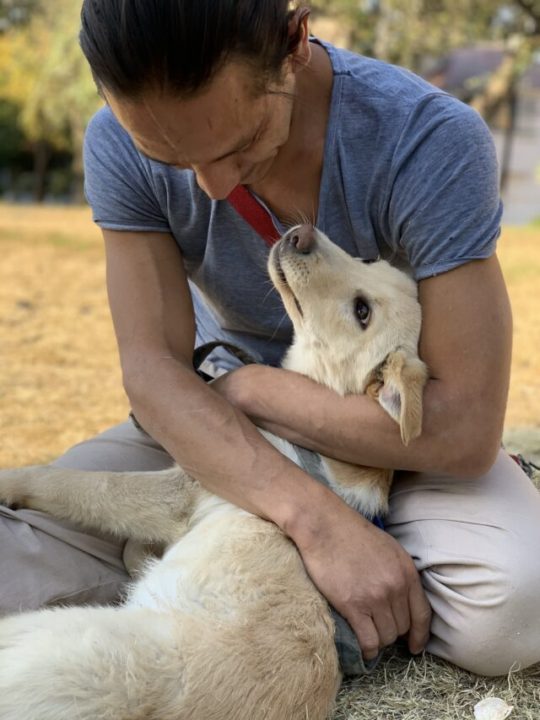 “He is sweet,   very affectionate, he loves   to give kisses and   play with the ball that   the vet gave him,” said Goldberg.

Now, the   organization is going through   adoption applications to   find the perfect home   for Boston. They will ensure that   his next home is a place   where he will feel   safe for the rest of his  life. After all, he truly   deserves it after everything   he has been through. 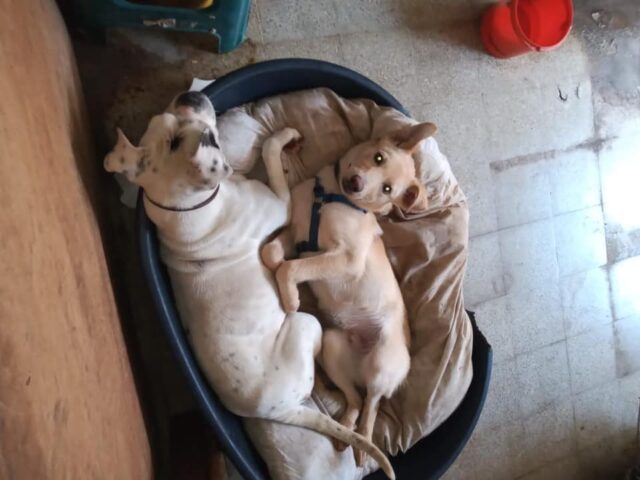