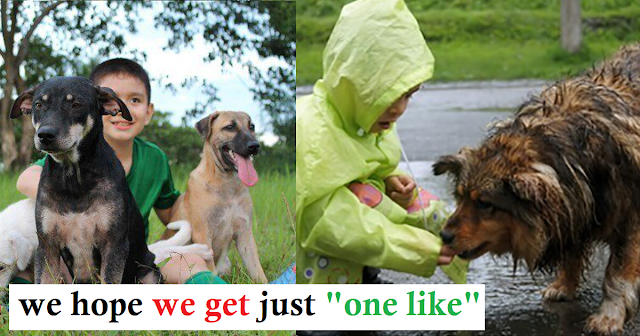 ountless animal rescue stories begin with how difficult the animal had it yet was still gorgeous and pretty.

Homeless dogs, on the other hand, have skin illnesses and health issues that scare many of us away, so we don’t approach them. We’d rather leave them to their fate.

Ken Amante, even as a little lad, couldn’t bear it when animals around him were abused, regardless of their condition.

He never left his home in the Philippines when he was nine years old without food in his bag and disappeared for a few hours with it. 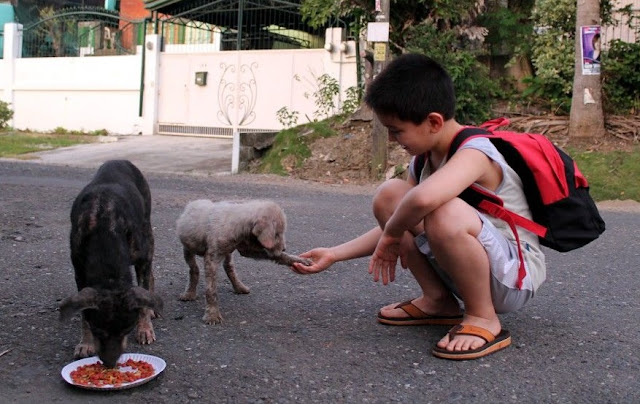 Their parents had no idea what his kid was up to, so one day his father decided to follow him. Soon after, he discovered that his beautiful son had gone to feed stray dogs. Some of these dogs had mange and sores, but Ken didn’t mind because the dogs needed help.

Ken even used his parents’ pocket money to buy food and assist these defenseless creatures. 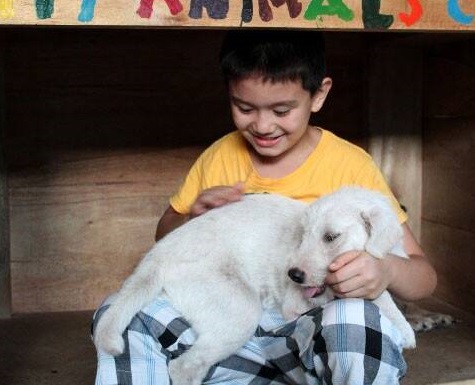 His pleased father posted images of his son and the dogs to Reddit with the caption:

“For the past two weeks, my kid has been feeding these stray dogs in the neighborhood. I learned about it for the first time today. Providing food for stray dogs 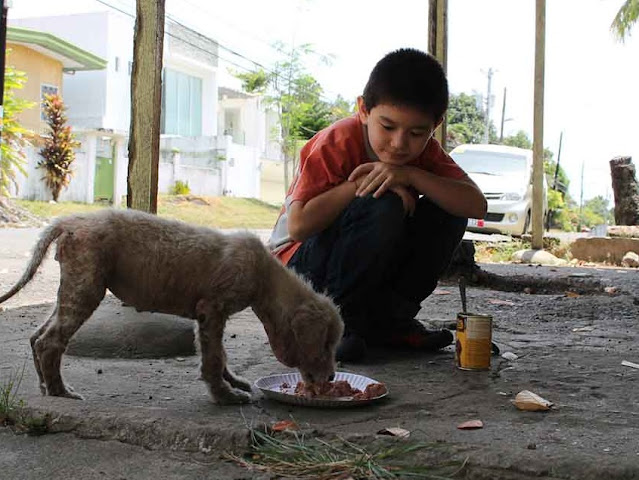 Ken is shown feeding three skin-and-bones dogs in one photograph. He named the two younger dogs Brownie and Whitey, and the largest dog, Blackie, whom he presumed was the mother. Due to mange, all three had numerous lesions and nearly no fur left.

Ken explained to HNGN, “Actually, I’ve always loved animals; it started at a very young age.” When I was younger, I was really smitten by them. My parents informed me that before I could walk, I was already cuddling with my father’s cat, Hajime-kun. Hajime-kun, who is now 14 years old, is still with us.” 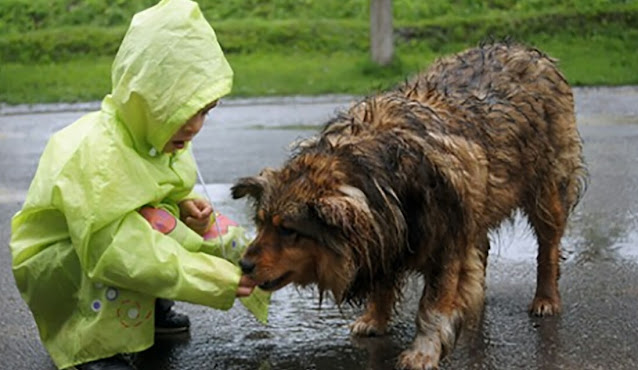 The photographs instantly went viral, and money began to pour in from individuals all around the world, allowing Ken to feed even more animals. Ken had a passion to create an animal shelter despite his early age, and with the help of his parents and wonderful donations, this dream became a reality.

On March 31, 2014, Ken established The Happy Animals Club, the first shelter of its sort in the Davao region of the Philippines. “I came up with the Happy Animals Club after I realized there are more shelters here that kill animals at some point than there are legitimate shelters,” he explained to Metro. “I want to save as many dogs as possible who are slaughtered for no reason.”

Over 100 animals have been saved.

He rented a house for a year and converted it into a sanctuary for rescued animals.

“We also provide a lot of money for wood, power, tin for roofs, cement, and a variety of other things.” When it rains, this area frequently floods, so we dug canals,” Ken explained on his organization’s website. “The shelter presently consists of two big enclosures, two flats, and an annex. Unless the dogs are unwell or there is a valid reason, they are not kept in cages.

The kitties have their own separate space. “All of the dogs and cats at Happy Animals Club are quite happy,” he continued.

The shelter has received and continues to receive assistance from a large number of people all around the world. “Since 2014, we have rescued over 100 malnourished and sick animals and delivered countless meals to stray animals,” according to the website.

Ken also stated that when he informed his father about his huge goal, his father told him that it would most likely take 20 years to get something like this off the ground and that he would have to wait till he was older. But this tiny boy demonstrated that where there is a will, there is a way, regardless of age.