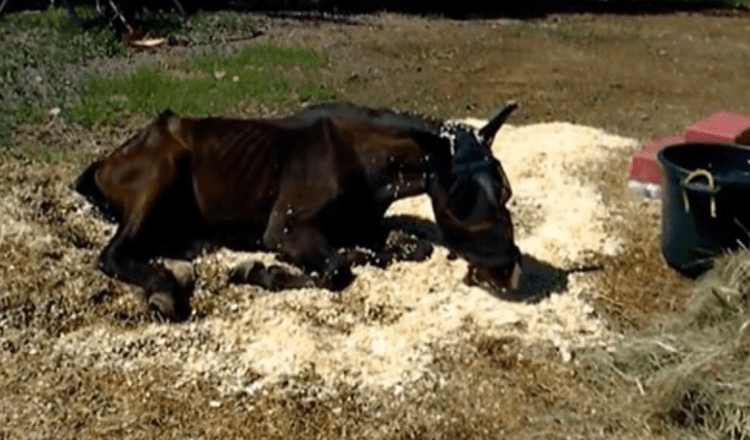 A four-year-old horse, named Benny, was emaciated and dying. He was brought to Last Stop Horse Rescue, a horse sanctuary, adoption, and rehabilitation program in Prentiss, Maine. The sanctuary cares for abused, starved and neglected horses and nurses them back to health.When Benny arrived at the sanctuary, he weighed just 562 pounds and was so weak that he couldn’t even stand on his own. From this point on, the staff at LSHR worked hard to get Benny back to a healthy state. They knew it would not be easy, but they refused to give up. 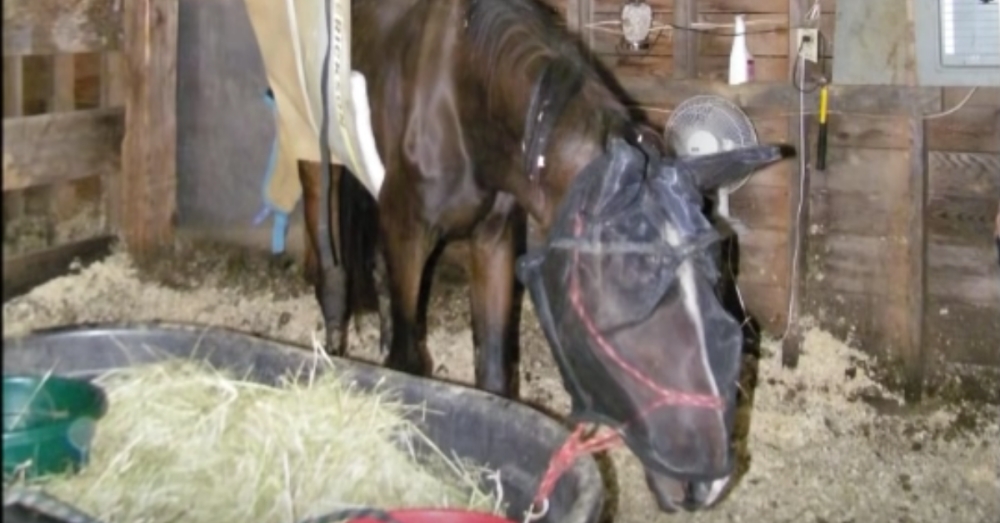 They placed him in a sling hanging from a beam in the barn to get him standing. They gave him small amounts of food to get him to start eating again. Each day that passed, Benny grew stronger and stronger, and so did his appetite. After two weeks in the sling, he finally stood on his own for the first time! 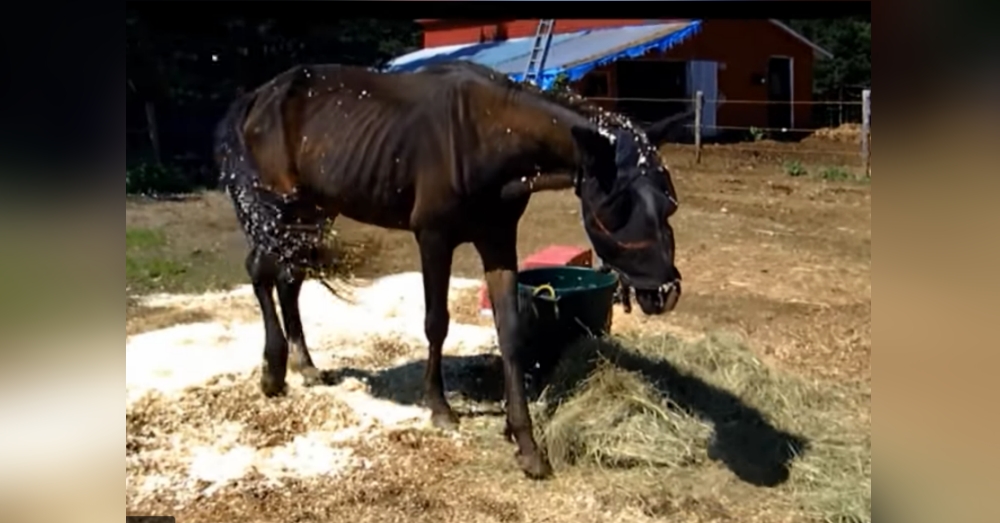 Six months later, Benny gained almost 400 pounds and was back to being a normal horse. Looking at his journey from the unhealthy, weak horse that almost died, to the healthy and beautiful horse that Benny is today, it’s almost hard to believe that it’s the same animal!