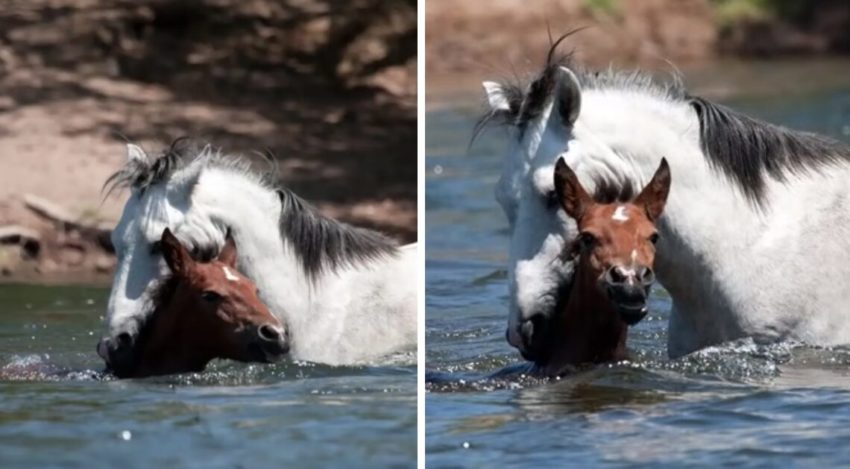 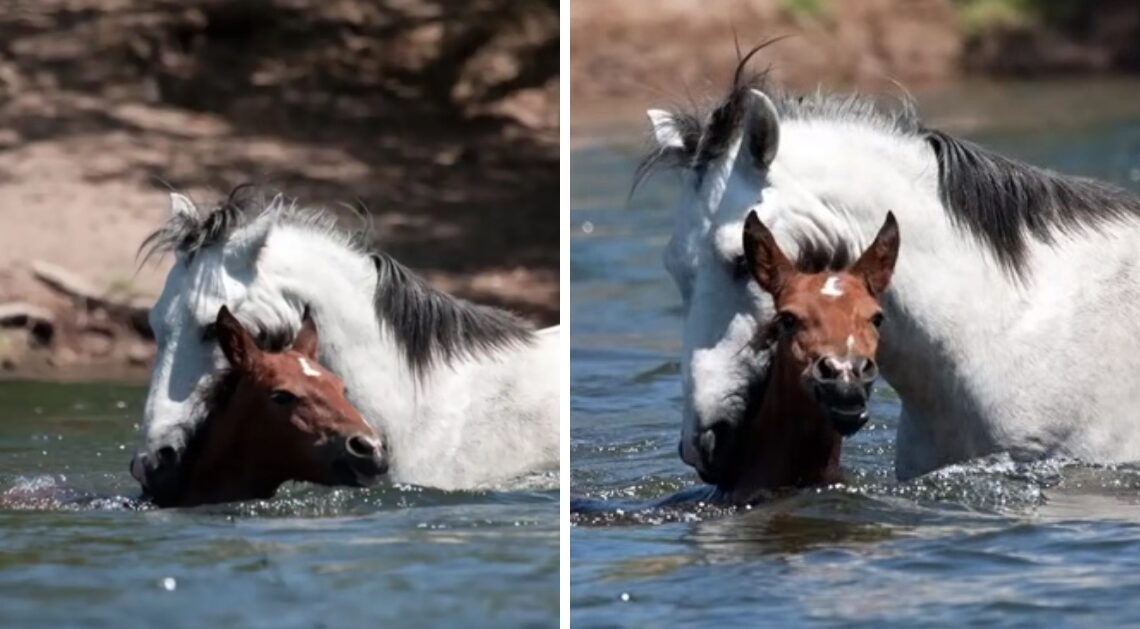 ough human beings call them wild beasts, sometimes animals show more affection and kindness than many of us will ever do. Such a beautiful moment was luckily caught on camera by a Park Service volunteer at the Tonto National Forest in Arizona. The dramatic moment shows a wild horse saving a foal from certain death. 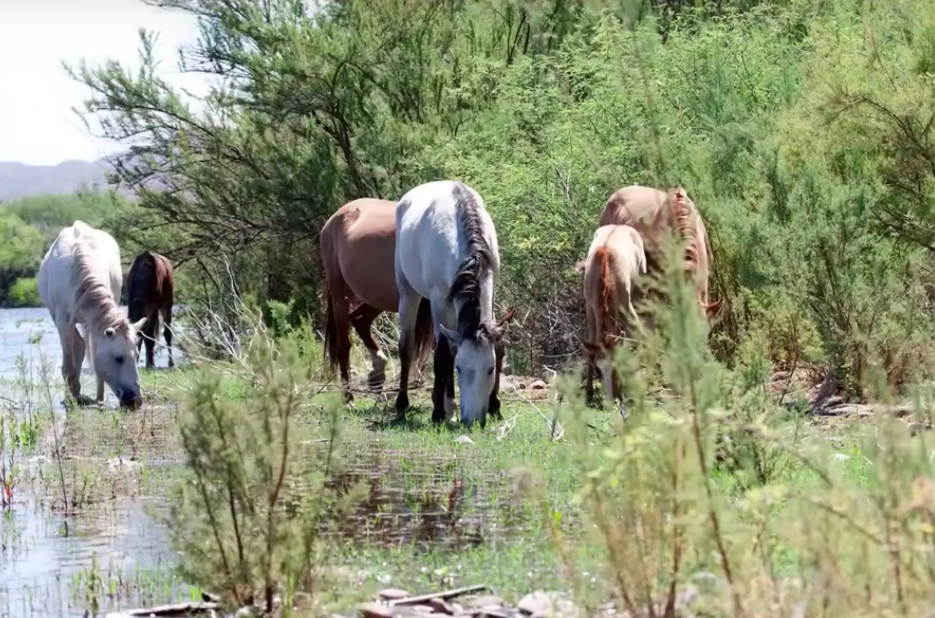 Becky Standridge was volunteering on Arizona’s largest national forest, when spotted a herd of wild horses grazing on the banks of Salt River. The ranger immediately recognized the horses. It was a famous stallion named Champ alongside his family. 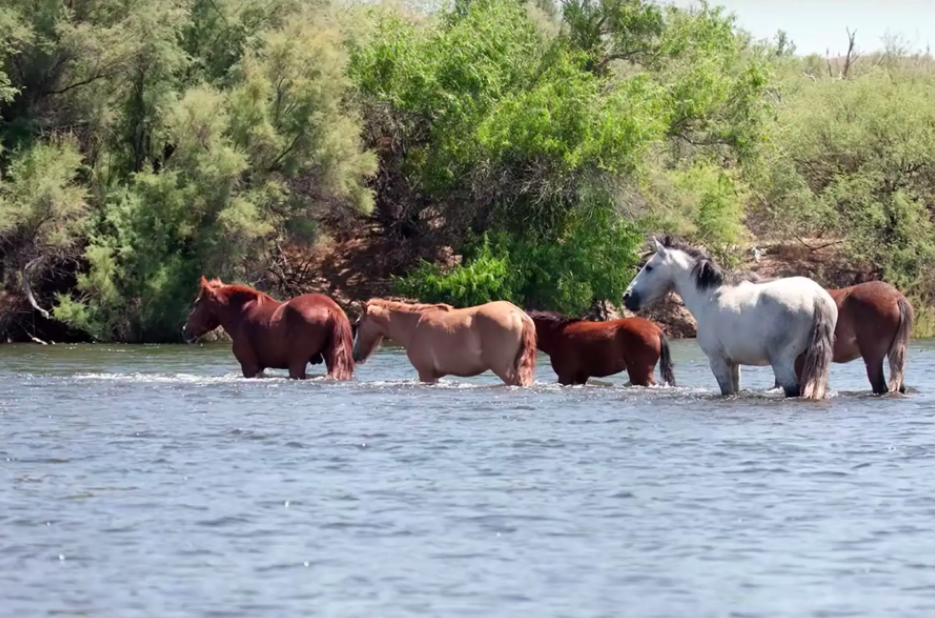 But as they were peacefully eating, the herd noticed another group of horses on the on the other bank of the river. Initially they begun to squeal to each other, but then Champ decided to cross on the other side to say hello. 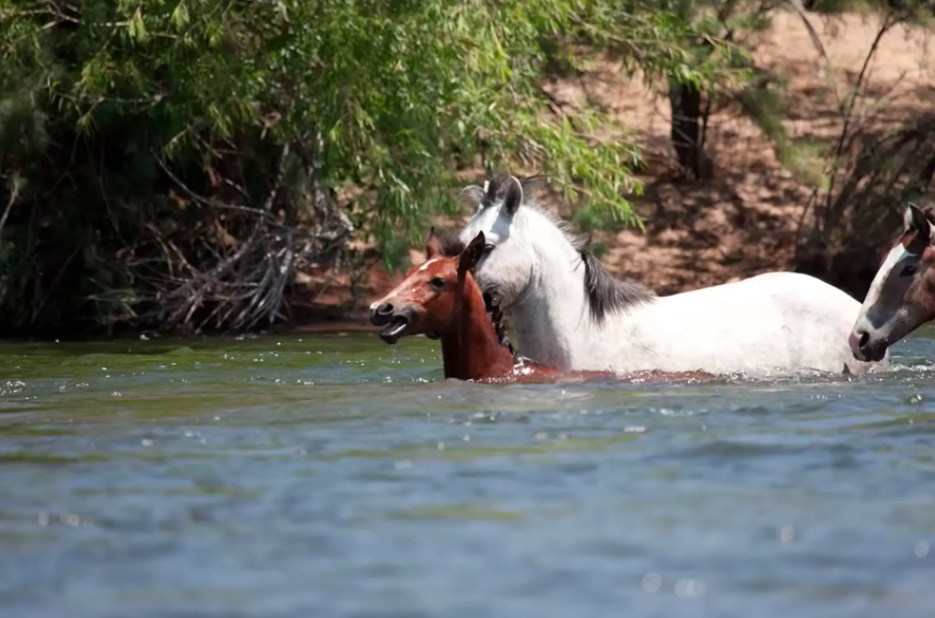 However, the current proved to be too strong for one the foals and the little filly found herself at real danger of drowning. But not on Champ’s watch as the proud horse immediately noticed the little one was in serious trouble and approached her to help her out. 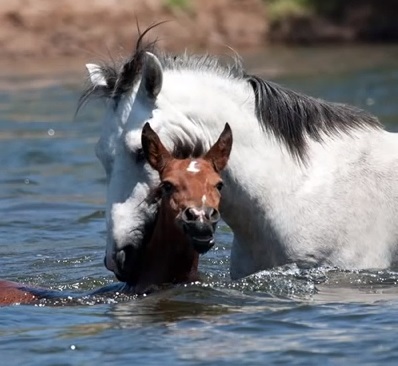 Then he carefully took the young foal under his wing and guided her towards the banks again, where she could safely cross. Although the tiny horse was struggling to keep her head afloat, Champ made her feel so safe. 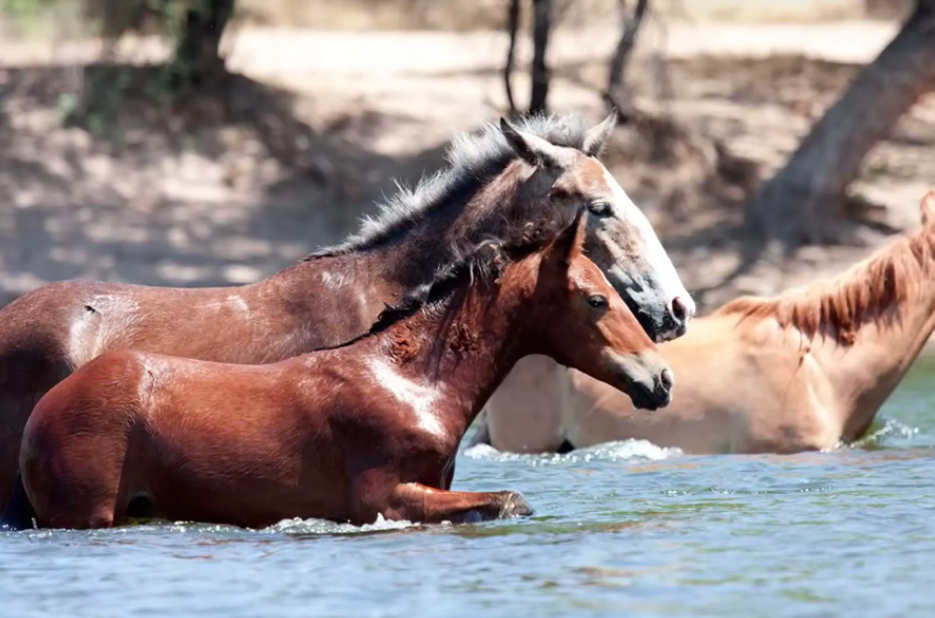 It’s always so incredible to see just how protective animals are when comes to their babies. Watch more of these heartwarming rescue bellow!

Although an icon of the country, wild horses have – unfortunately – less and less space to roam as they loose their territories to cattle ranchers. A few years even those very horse from the adorable photos above were on the brick of extinction as the Forest Service planned to remove them from the are. But in 2018, thanks to the Salt River Wild Horse Act they got the chance to remain on these lands they call home for centuries! 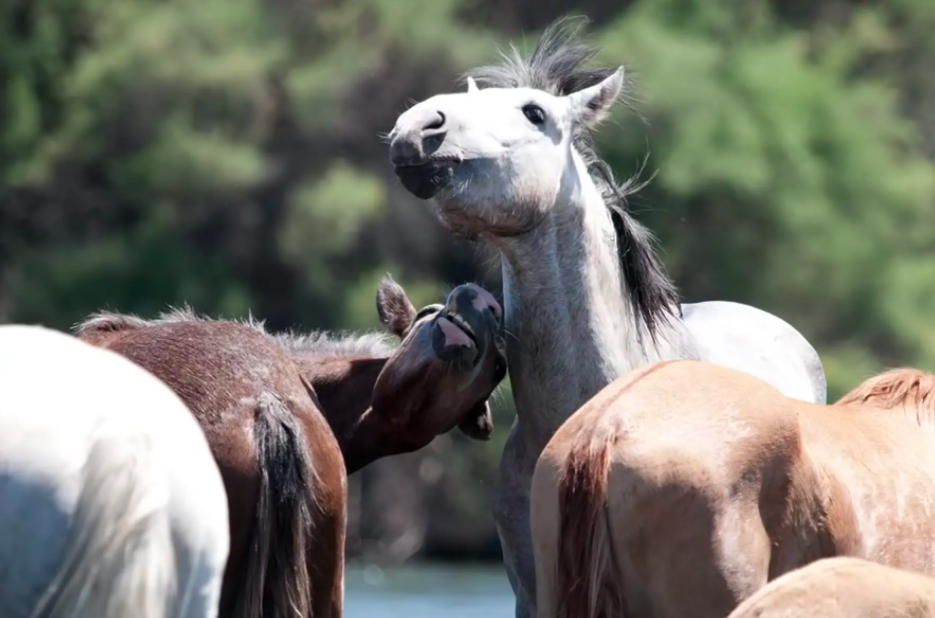