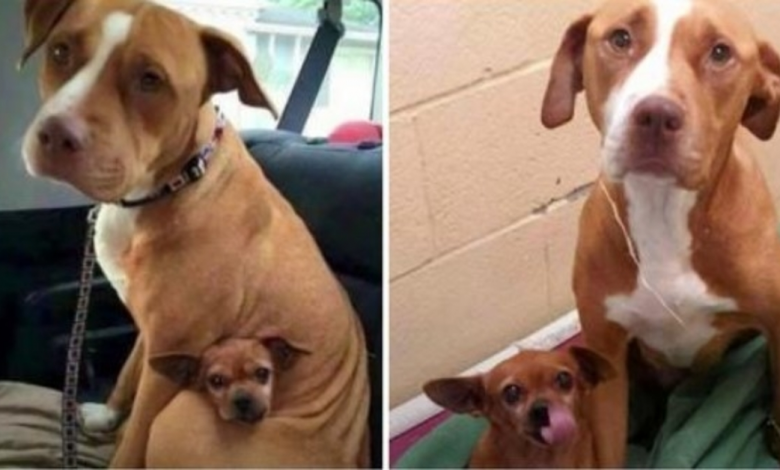 As fate would have it, a dog named Merrill was about to find her new owner. Merrill is a 3-year-old Pit Bull who called Rocket Dog Rescue her home for the longest time. The San Francisco, California-based rescue was elated to find a match for Merrell, but things took a unique twist. 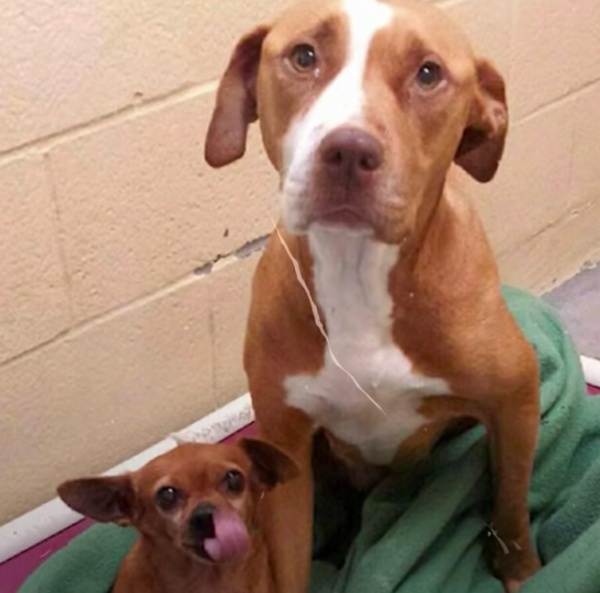 When the man went to the rescue to take Merrell home, she refused to leave her furry best friend behind. Merrill and her 8-year-old best friend, Taco the Chihuahua, were brought to the rescue together. Since volunteers had no idea who their previous owner was, they assumed the duo were very bonded based on their behavior. They did everything together including eat, play, sleep, and snuggle.

Whenever someone tried to separate the duo, they would cry and whine. It would be impossible for them to be apart without them becoming sad and depressed. No one wants to be away from their best friend in the world, after all. The staff updated the beautiful story and told potential adopters that the duo had to be taken together. As luck would have it, a family looking to adopt came upon Merrill and Taco’s story online. 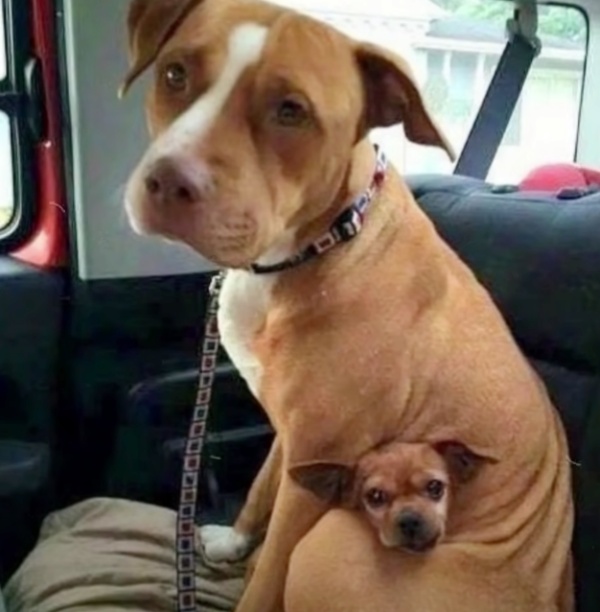 They went to the shelter to meet the dogs, and they fell in love. A month later, Taco was seen by a vet who told the family the dog had fluid in his lungs and an enlarged heart. Without intervention, he would not be long for the world. Taco was placed on medications and saw a specialist. With time, Taco got so much better. Although he has respiratory issues, he loves hanging out with Merrill.

For more about this inspiring duo, press play on the video below.