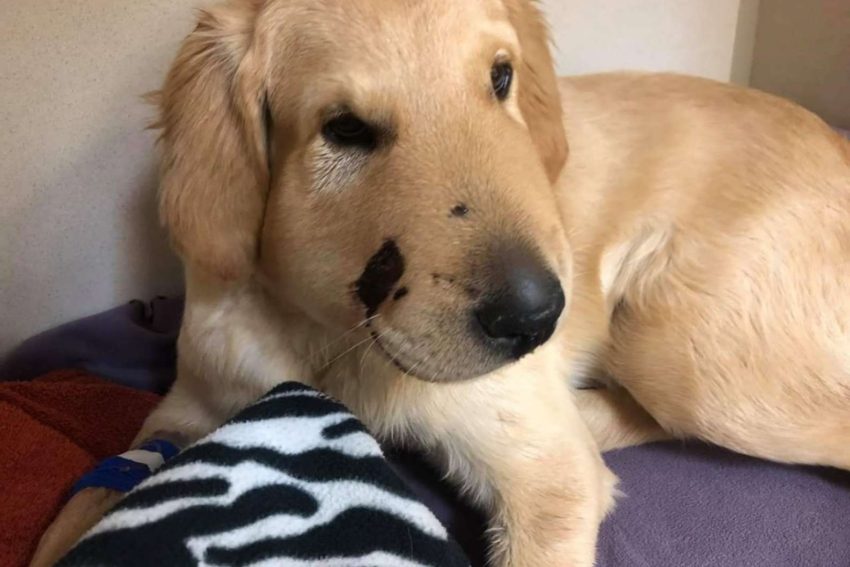 Last Friday, Arizona resident Paula Godwin was walking her two dogs when she nearly stepped on something sitting on the path in front of her.

It was a rattlesnake — and, startled by Godwin, he was just about to snap at Godwin’s legs in self-defense. 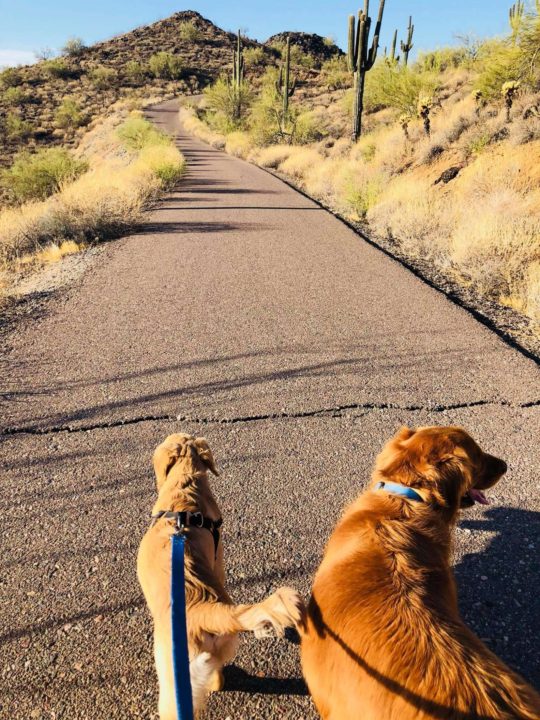 Without missing a beat, Godwin’s golden retriever puppy, Todd, rushed at the snake, standing in front of his mom to block her from the bite, writes heavenofanimals.

The snake lunged and bit Todd on the muzzle instead, saving Godwin from a very painful and venomous bite. 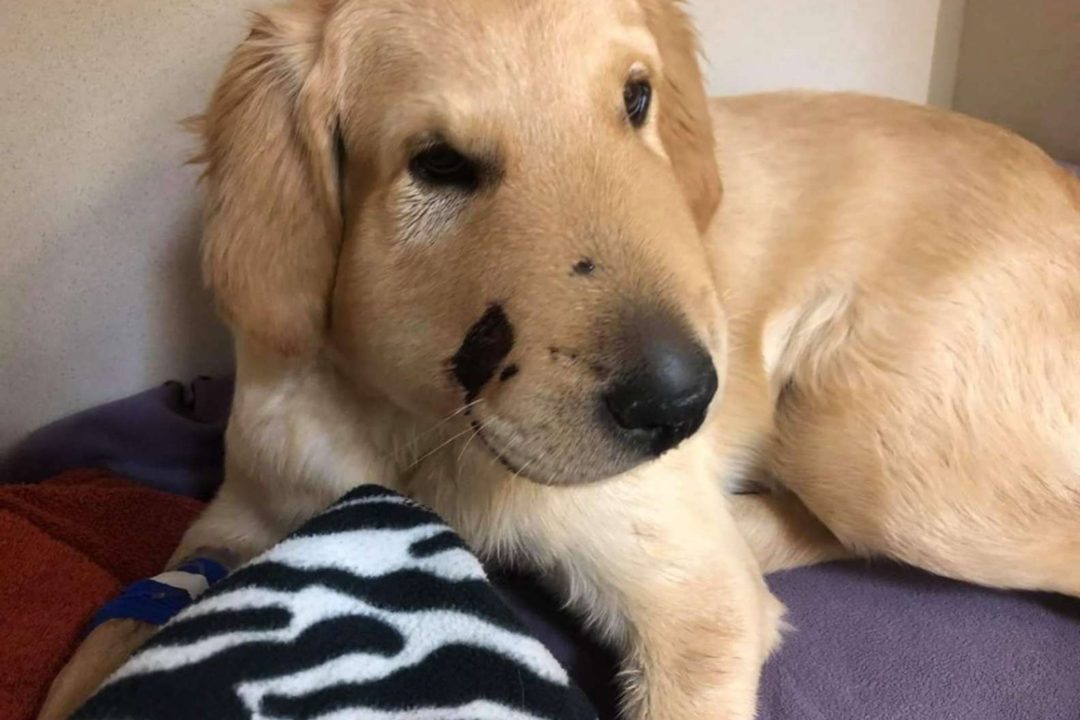 “He jumped right in front of my leg where I surely would have got bit,” Godwin said on Facebook. “This is what a hero looks like.”

Todd was yelping loudly in pain and his face started to swell up. Luckily, Godwin was able to get him to the animal hospital within a few minutes of the incident. The vet treated him with antivenom and kept him for the rest of the day for monitoring. 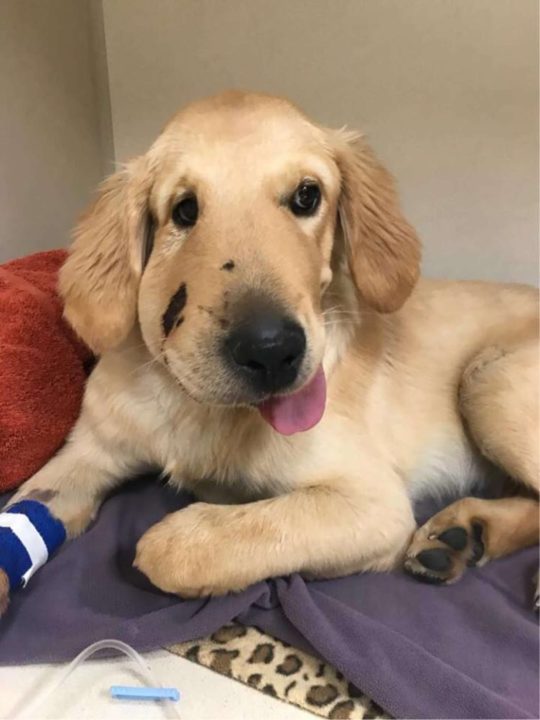 The incident was scary for Godwin — but she has her brave pup to thank that the day didn’t turn out worse.

While rattlesnakes don’t bite unless they feel threatened, and their bite is rarely fatal to adult humans, their venom can be very painful and cause blurred vision, numbness, pain and difficulty breathing. 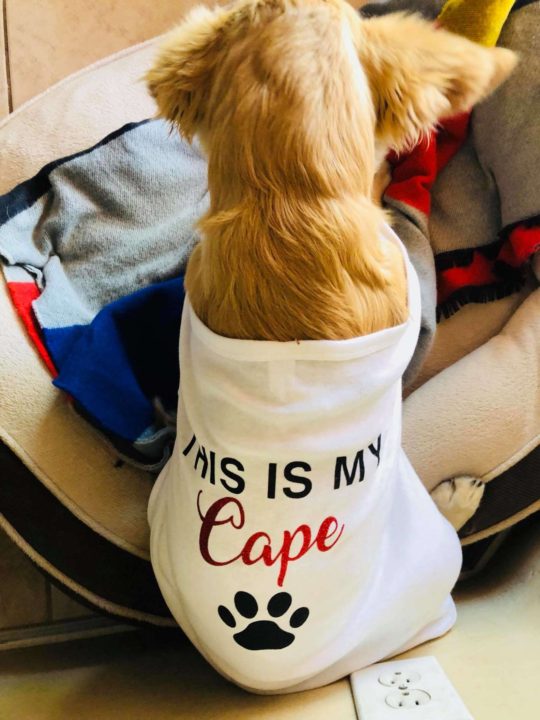 After a bit of rest and plenty of hugs from Mom, Todd is back on his feet and feeling so much better. While he still has a black wound on the side of his nose, the swelling from the bite has gone down significantly.

For his bravery and devotion, Todd’s gotten well wishes from all over the world — and it’s safe to say he’ll likely be getting extra treats from now on. “My sweet Todd for sure is my hero,” Godwin said. “He is recovering so well. I feel I have to say that the man upstairs surely is watching out for me, too.”