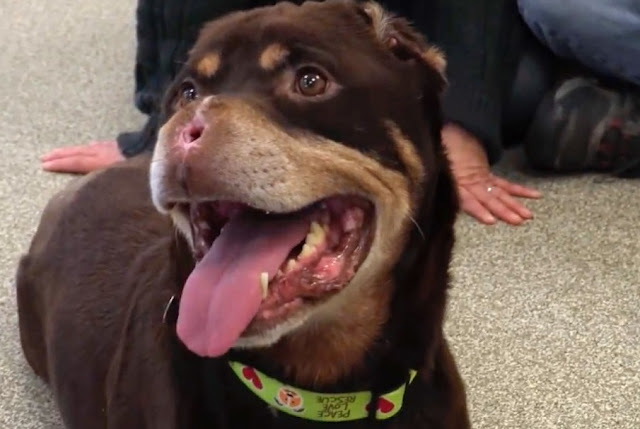 Baron came to the notice of a lady who had lost her rescued Rottie in the period after he was found horrifically disfigured. That’s when something amazing occurred. And wait till you see Baron’s most recent picture. androdass writes, “Wow, wow, wow, wow, wow,

This scene shocked even the most seasoned dog rescuers. A Rottweiler was rescued by the Michigan Humane Society. It was discovered strolling the streets of Detroit, its nose and ears taped shut. 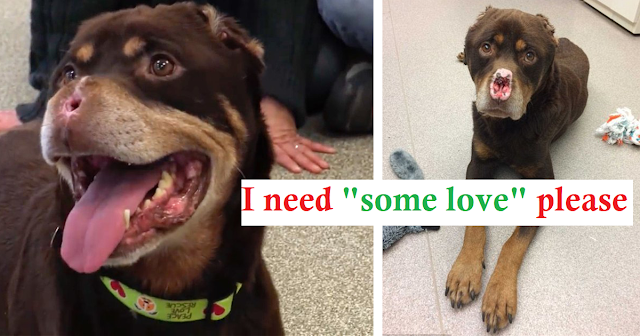 “It looks that someone intentionally wounded this poor dog, causing it a great lot of agony,” MHS said on Facebook. On Tuesday, January 17, 2017, the dog, now called Baron, was discovered at Livernois and Warren on Detroit’s southwest side. MHS hurried to save the injured dog after receiving a call from someone who had seen him. 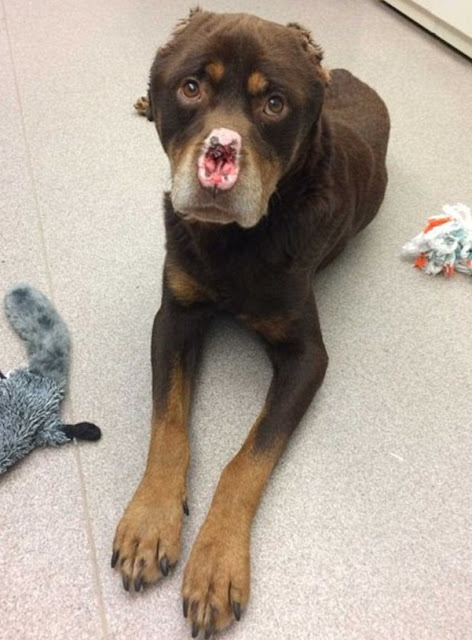 The information prize for information leading to the arrest and conviction of the culpable individual has raised from US$2,500 to US$11,200 after the news about the unfortunate baron broke.

MHS reported in their most recent survey update that they still need a lot of suggestions and are continuing to examine the town where the Baron was discovered.

“This inconspicuous brutality is intolerable. We’d like to speak out for these creatures, and as a community, we’d like to use our forceful actions to ensure that this doesn’t happen again.” “This animal deserves justice,” Ramos remarked.

Please SHARE Baron’s story to help spread the news about the ongoing investigation and the Michigan Humane Society’s essential work.

Baron has found a home for the rest of his life! The adorable Rorty has a family just a few months after the Baron was found terribly damaged and endured multiple procedures! The family already had a rescued Rottie and is overjoyed to be bringing Baron home. The only thing that might improve Baron’s narrative now is if the offenders were apprehended and brought to justice.

The short film below explains Baron’s tale and includes a brief interview with his adoptive parents, who express their gratitude that Baron selected them as well!