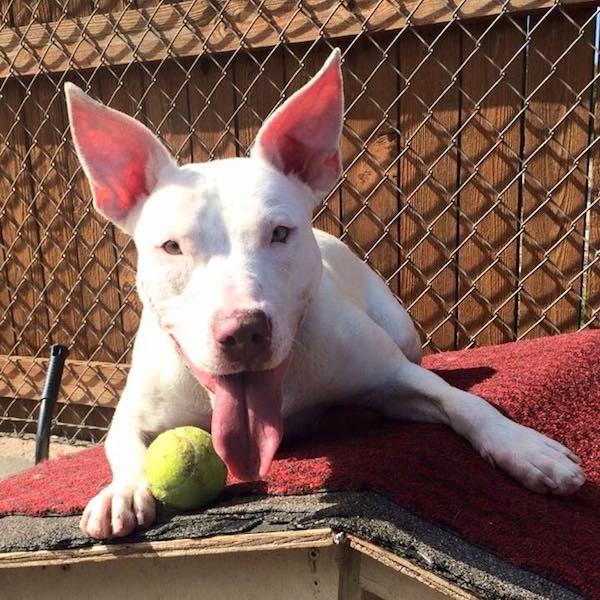 Sheltered dogs are undoubtedly one of the saddest creatures one can think of. Having gone through great sadness and misery, they find haven by making friends with other animals who understand their world. Such is the case of the deaf pit bull Marshmallow. Initially a loner at the Unleashed Pet Rescue and Adoption Center, she came to befriend another dog named Scooby. 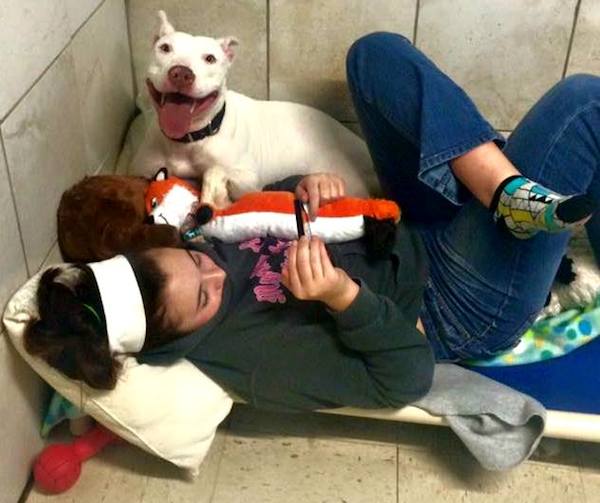 The two of them became unseparated and spent all their time together. That fun however came to a halt when Scooby was suddenly adopted. Once Scooby was gone, Marshmallow started crying regularly and became super depressed. Having been her friend and roommate, Marshmallow was startled and had no idea what to do without Scooby being around.

The shelter intensified its efforts to find a permanent home for Marshmallow; even though with some difficulties, the dog is equally capable of giving out love to its humans. However, Marshmallow is used to the concept of being abandoned; having been adopted twice, the owners returned her to the shelter, and so the concept of heartbreak is quite familiar to the dog.

However, this story does have a happy ending. After meeting with potential families, Marshmallow was finally adopted and now is given all the love and affection she deserves. She has abundant supply of food and gets belly rubs all the time. She is finally able to enjoy the much deserved relaxation. 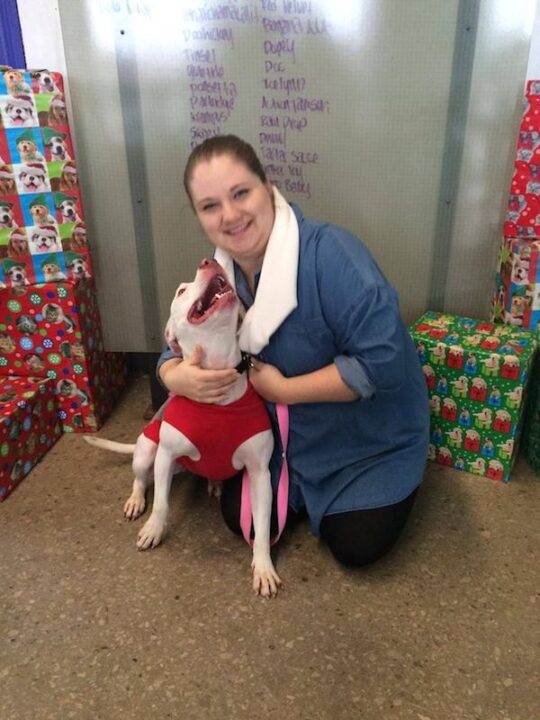 Marshmallow is most definitely a survivor. Her story serves as an inspiration and awareness raising tool for others who are in doubt of adopting special needs animals. They are equally capable of loving and deserve as much love and consideration in return.