We all have interests in life. And it’s Pokemon for eight-year-old Bryson Kliemann. He owns a vast collection of Pokemon cards, some of which are expensive originals. Normally, he’d refuse to part with his prized collection, but Pokemon isn’t nearly as important to him as his dog named Bruce.

When Bruce became very ill, Bryson’s family was unable to cover the vet fees. So, without hesitation, the child chose to sell his favorite items in order to preserve the life of his furry friend. Bruce is alive and doing better than ever thanks to the boy’s efforts.

Bryson was sorting his Pokemon cards when he saw Bruce wasn’t acting like himself. He hid in his box and appeared drowsy. Bruce was diagnosed with parvo, a gastrointestinal condition that can be fatal to puppies if not addressed, after a visit to the veterinarian. However, the procedure cost roughly $700, which the family could not afford. 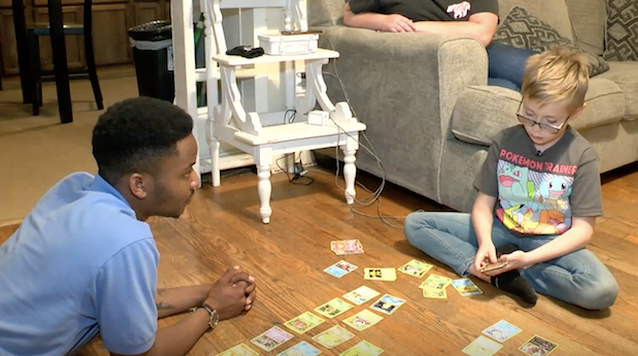 “It made me upset because my brother and sister typically play together and I don’t have anyone to play with. As a result, I generally play with him,” Bryson said of Bruce.

Bryson refused to let his closest friend’s life be cut short due to financial difficulties. Pokemon cards have recently increased in value, and many outlets are frequently sold out of them. As a result, Bryson set up shop outside his house to sell his collection. Bryson’s father texted a picture of the Pokemon card booth to the boy’s mother.

“I know everyone enjoys Pokémon cards, so I just decided to sell them,” explained Bryson.

The Puppy is Saved by Pokemon 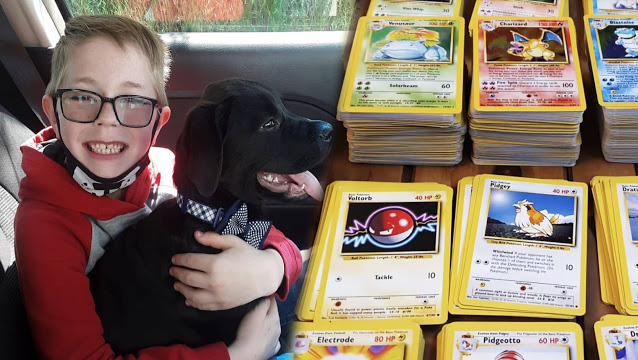 Bryson’s family, understandably, did not want him to lose all of his prized Pokemon cards. Bryson earned $65 from selling cards one night, but his family decided to cover the rest of the costs themselves. Bryson’s mother uploaded a photo of his booth on social media and set up a GoFundMe page to help raise the remaining installments. 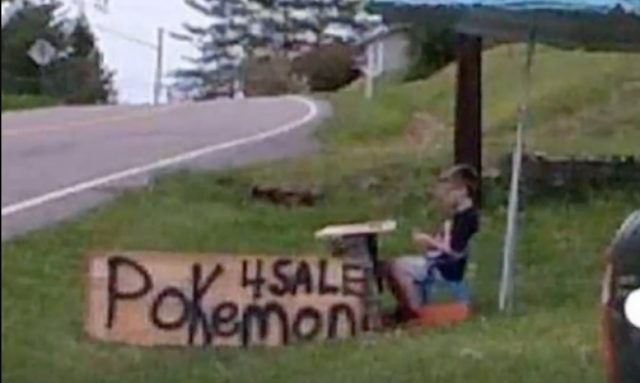 People fell in love with the boy’s heroic efforts to save his dog. As a result, donations began pouring in like crazy. The GoFundMe campaign raised $1,900, much above their expectations. Bruce was able to be treated because to the generosity of so many individuals, and he is now feeling better than ever!

“I was overjoyed because I had worked so hard to get him back,” Bryson added. 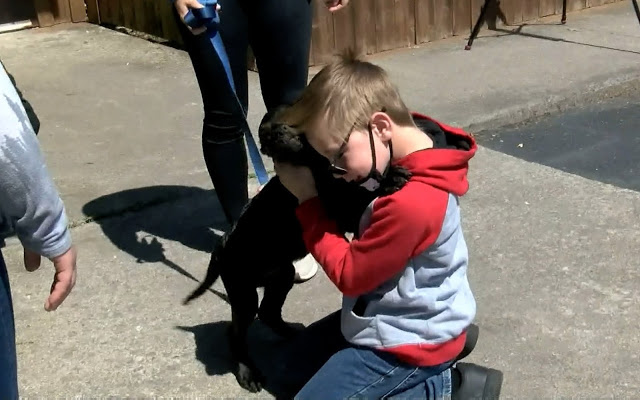 Bryson might be able to utilize the extra cash to replace the Pokemon cards he sold. Perhaps the family will save it to ensure Bruce’s safety for the rest of his life. After all, there is no stronger bond than that between a boy and his dog. And Bryson’s passion exemplifies this brilliantly.