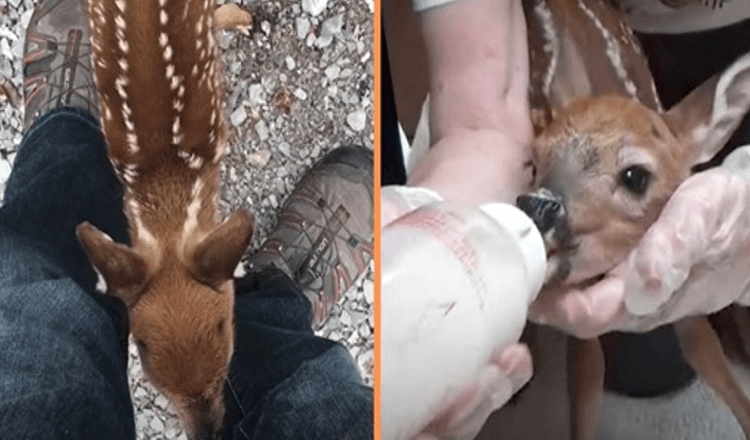 This is the moment a poor baby deer was calling for help after getting stuck in a river. 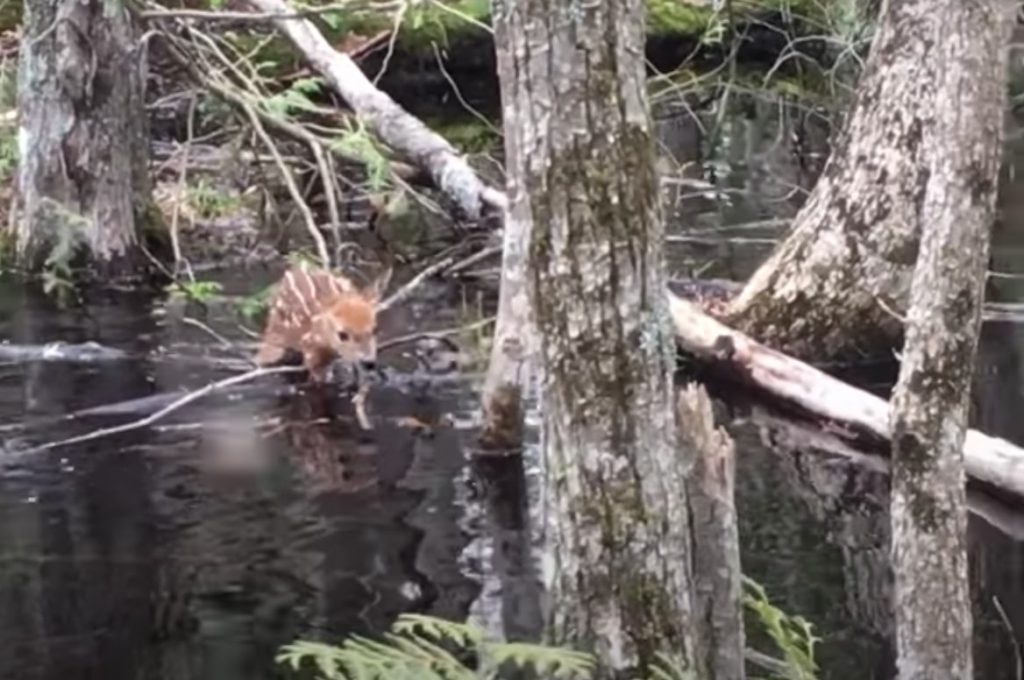 With the mother not anywhere to be seen, it was up to a few good Samaritans to save her. They led her to them and picked the baby up before taking it to safety. 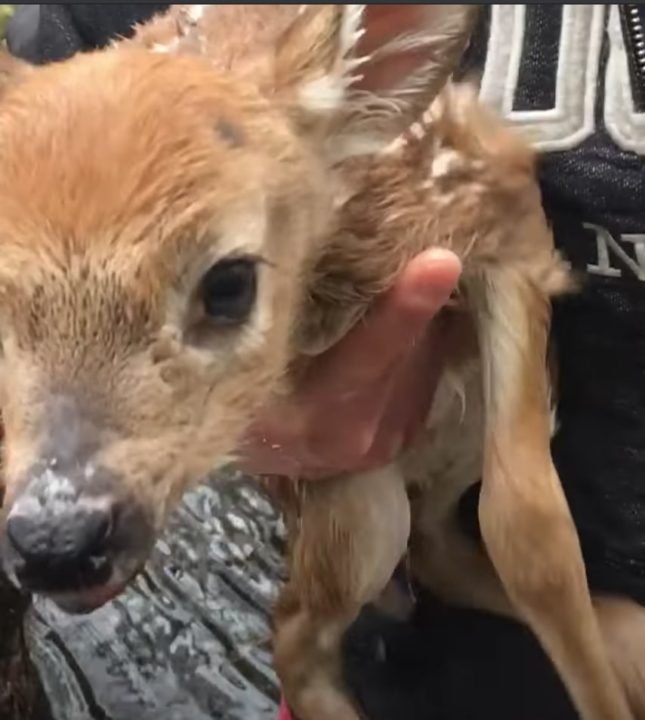 The people who saved the deer called Monika Melichar from the Woodlands Wildlife Sanctuary to get some advice on what to do, and she instructed them to leave the baby deer in a quiet area not too far from where it was found. But then, a few hours later the deer began to bawl again and it had walked up to the cottages close-by where the people who had saved her before were staying. 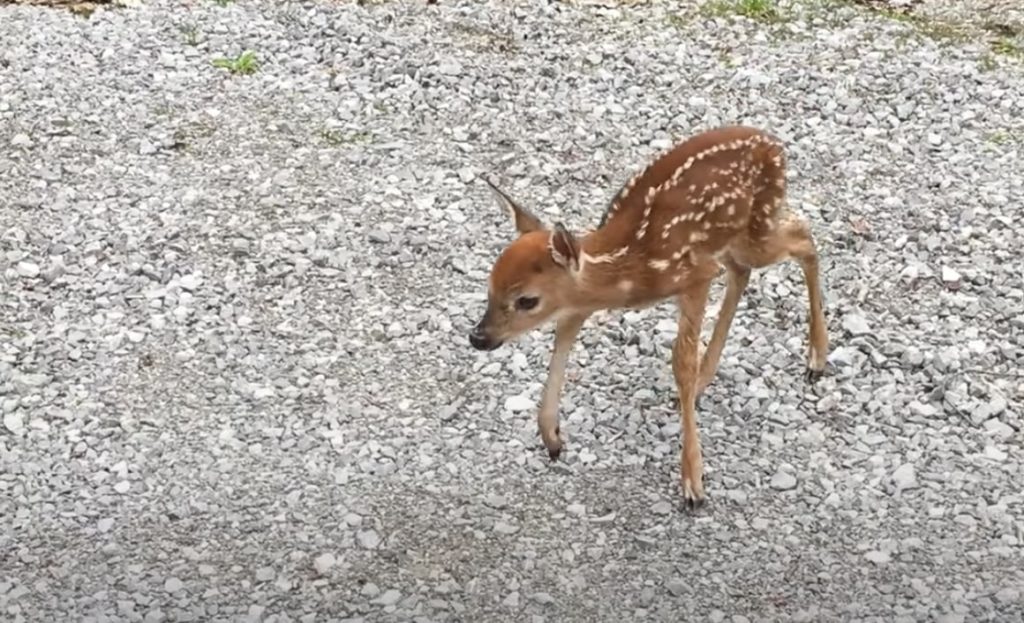 She was looking for help as her mother wasn’t around, she was so young she could barely walk! 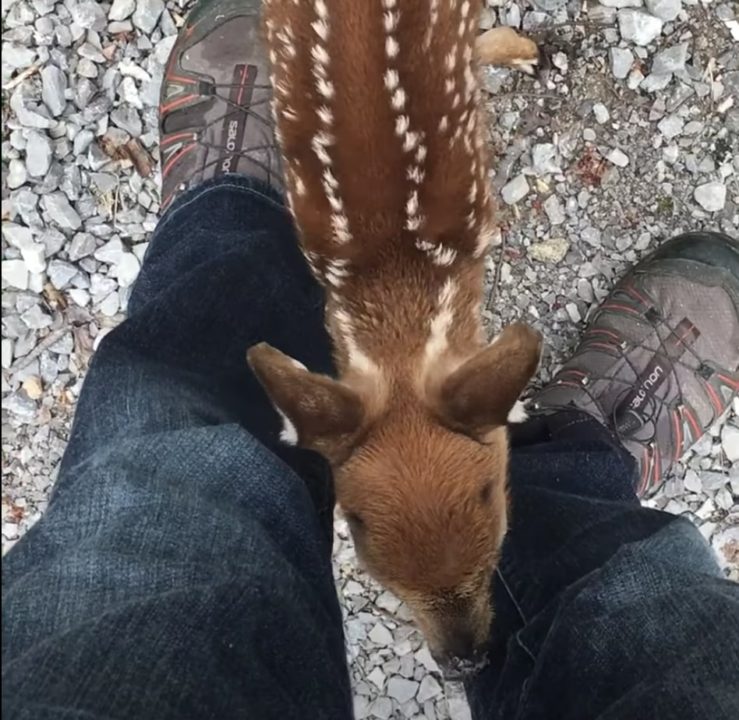 So at this point, they called Monika back and she told them to bring the baby deer into the sanctuary for care. You could tell she was ecstatic to be rescued and was a very thirsty baby, they named her Ivy.

She was lonely though so the sanctuary gave her a little giraffe toy to make her feel more comfortable and use as a security blanket. They were waiting for another orphaned fawn to show up so Ivy wasn’t alone. Then, lone and behold, another poor orphaned buck showed up. They clicked straight away and were both very happy to have a friend in their time of need. They spent many weeks together before even more deer had arrived. The group of juveniles then made their own little pack together and were eventually let out into the wild together.

See the full video of the events here:

What a beautiful story!