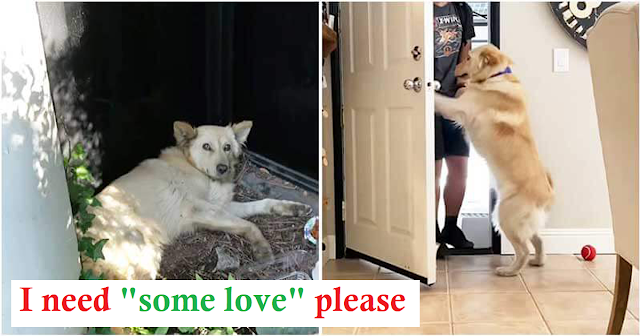 Dogs are very loyal and trusting to humans, even if they are abandoned or almost beaten to death. This is the story of a Golden Retriever who had been lying motionless for hours near a building’s corner. No one knew why he had just stayed at that location. They had no idea what to do, but they knew Hope Four Paws could help. Eldad and Loreta went to the spot as soon as they were instructed to save the dog.

They chose to surround the area because they did not know how the dog would react to them. The dog didn’t react to the treats or anything else they gave him. Anyone who sees the fear in his eyes will realize that this is a big problem. He must be a very nice dog, but his behavior was peculiar, and he appeared perplexed, staring blankly at the strangers surrounding him. It was as if he couldn’t believe anyone was going to help him. 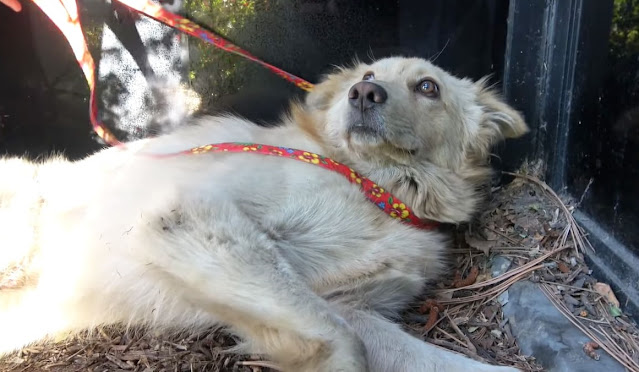 The dog was able to leave his spot after being comforted. To all indications, he was in pain, but he was so docile that he let them pat him before slowly falling into the trap. The crew called him Antonio and immediately took him to the vet for a medical inspection. Thankfully, none of his bones were shattered. However, an ultrasound revealed that he was internally bleeding. Antonio was transported to the hospital, and they suspected that someone without a heart had kicked him so hard. His spleen had ruptured and had to be removed, and his liver had been severely wounded. The veterinarian told the crew that if they didn’t take the dog to the hospital that day, he wouldn’t survive. 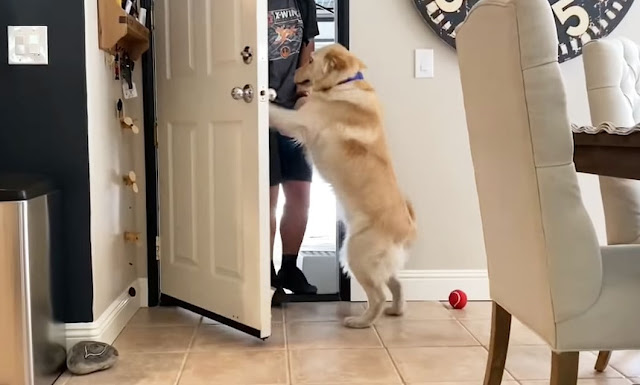 Antonio made a great recovery thanks to the outstanding medical staff. He was transported to his foster home with The Little Red Dog after the procedure. They got him a permanent home not long after that. He adores his new family and stands at the front door to greet each member when they return home from work or school. Antonio truly deserves the warmest sanctuary for the rest of his life.