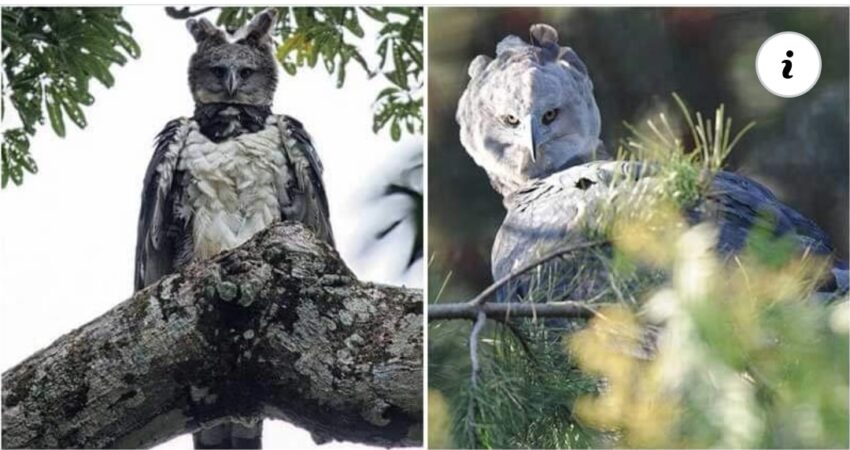 ith its expressive face, collar of feathers, and black and grey tones, there’s no denying that the harpy eagle is a striking creature. 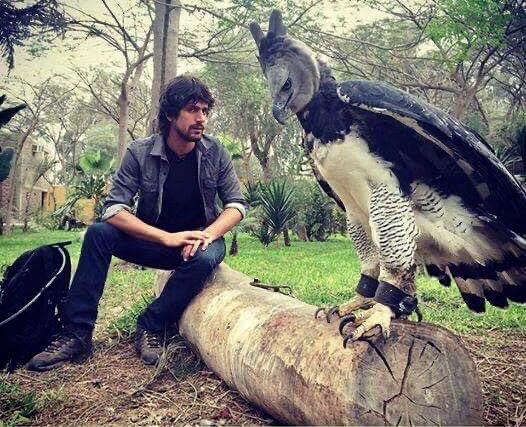 But if its distinct appearance isn’t impressive enough, its height and wingspan certainly are.

These powerful birds of prey can reach up to 3 feet 5 inches in height, with an overall wingspan of up to 7 feet 4 inches.

These huge creatures have convinced many people that what they see in the photo isn’t an animal, but instead, a human dressed up in costume. 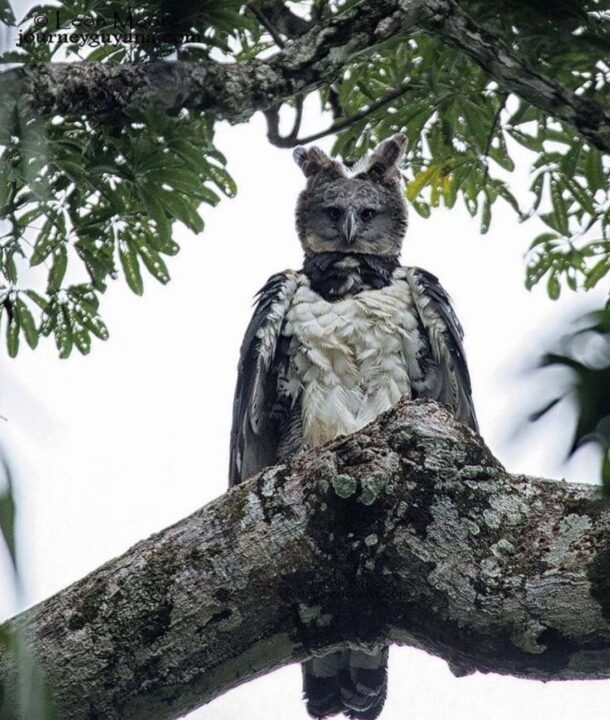 Its incredible size and unique appearance has made the Harpy Eagle quite a popular figure on the internet.

For a quick comparison, a female bald eagle averages up to 12 pounds, while the female Harpy Eagle weighs between 13 and 20 pounds.

As female eagles are always stockier than their male counterparts, it’s worth noting that a male Harpy Eagle will weigh between 9 to 13 pounds.

These rare birds live in the upper canopy of tropical lowland rainforests from Mexico to Brazil and northern Argentina. 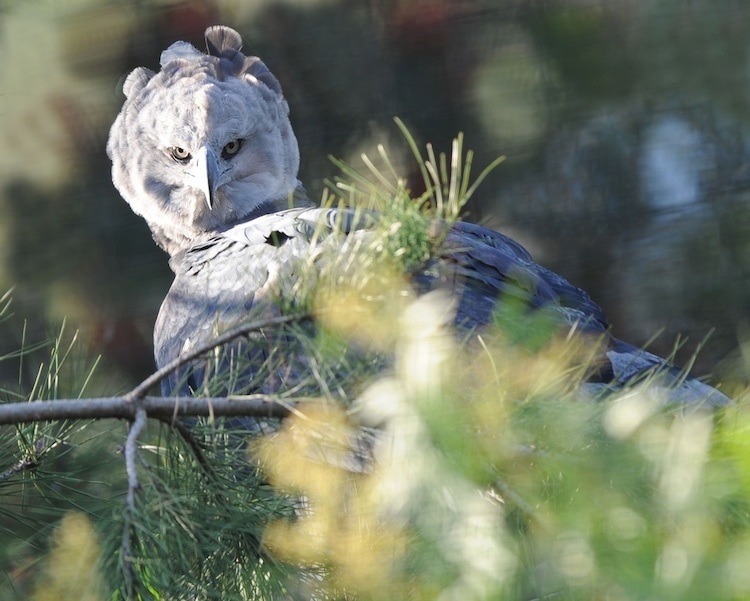 The rear talons are actually bigger than the claws of a grizzly bear and measure 5 inches in length. 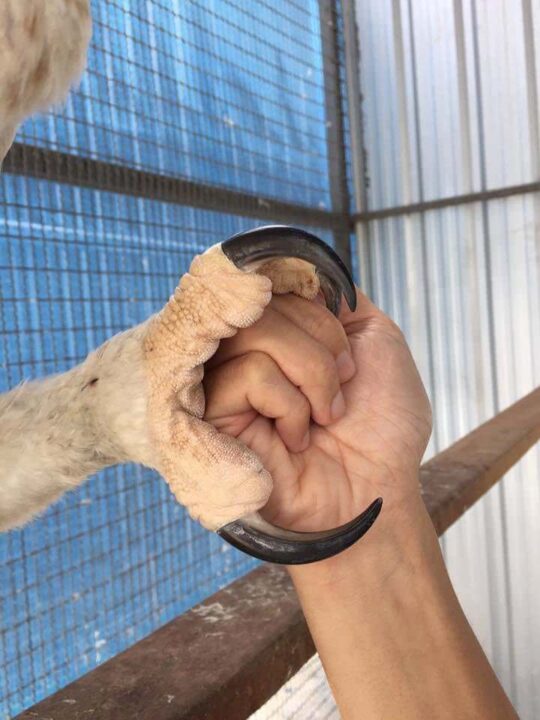 With such power, it should come as no surprise that the Harpy Eagle is at the top of its food chain.

Sloths and monkeys are on the list for favorite foods for this raptor, they rarely soar long distances.

By preserving their energy, they have more than enough strength to pick up small animals weighing up to 17 pounds. 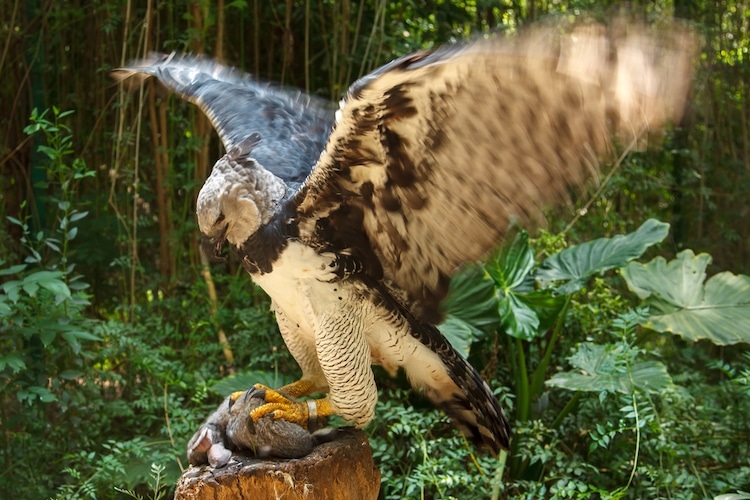 Silent hunters, they don’t vocalize much, these eagles will sit for hours on end in a perch, just waiting for a meal to walk by.

Capable of flying up to 50 miles per hour, it’s no problem for them to then swoop down and snatch their food.