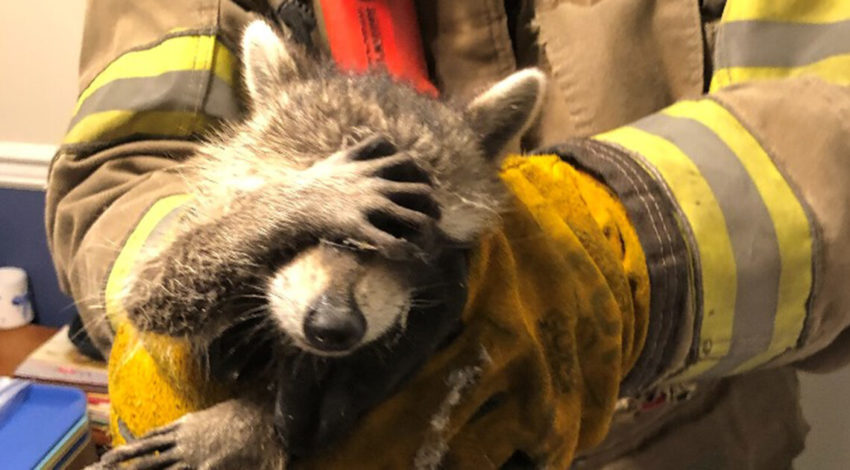 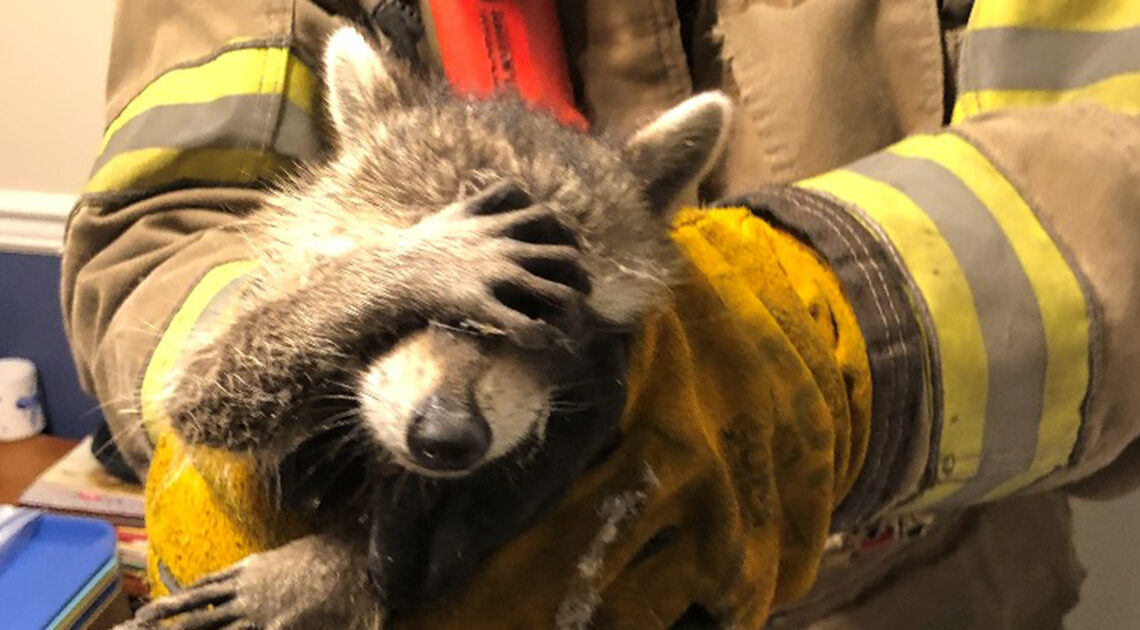 irefighters are always looking out for the people in their community, whether they be human or animal. Sometimes our furry friends get stuck in places they shouldn’t be, and need an emergency crew to help get them free.

While some animals appear grateful for their help, others have a very different reaction — like one wild raccoon, who appeared quite embarrassed after firefighters got him out of a home.

Firefighters from the City of Dalton Fire Department, in Georgia, responded to a call about a raccoon, who had gotten into a house (likely in search of food) and was having trouble finding his way out. 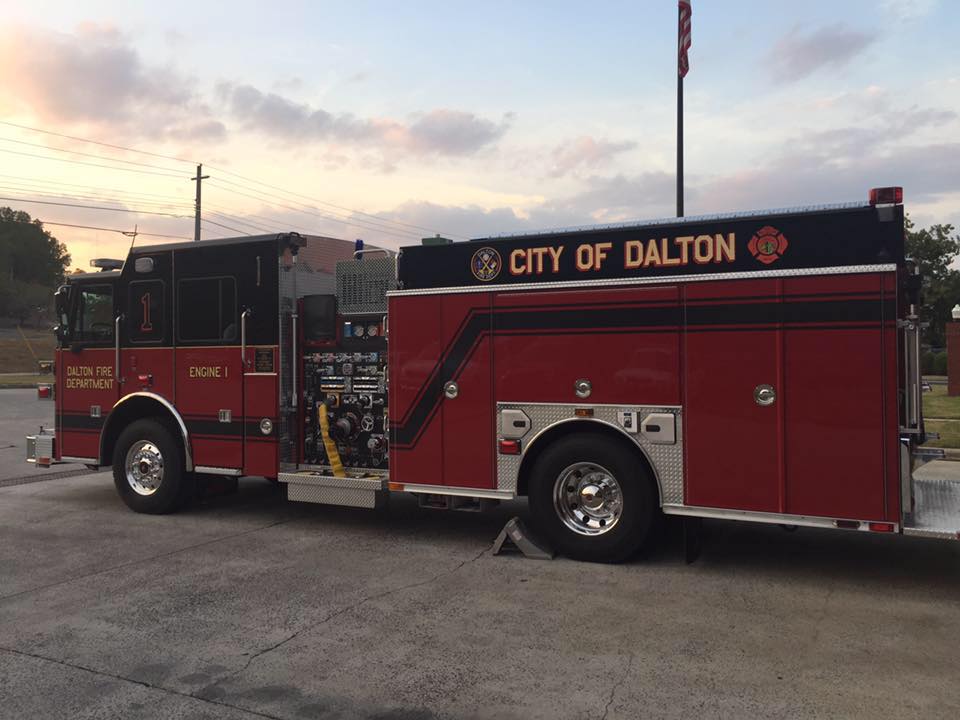 “You never know what the day is going to hold when you show up for your shift as a firefighter,” the department wrote on Facebook. “Sure, there may be the occasional cat needing to be rescued from a tree, but a raccoon? That’s a new one.”

They were able to go in and retrieve the raccoon, and one of the firefighters lifted him to carry him outside. And in a priceless photo taken by the homeowner, it looks like the raccoon isn’t very happy about the whole ordeal: 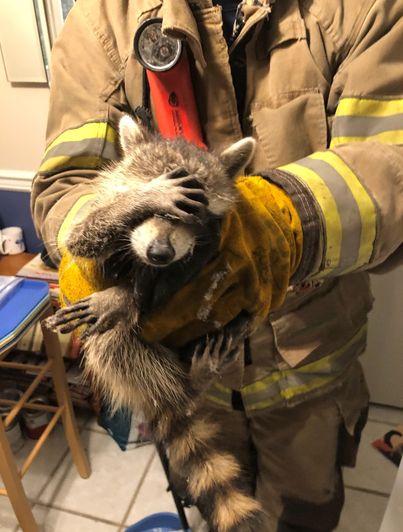 The raccoon holds his paw over his eyes, as if he’s embarrassed that he needed to be rescued.

The fire team posted the funny pic on Facebook, although they reassured the little critter he had nothing to feel bad about.

“It’s really nothing to be ashamed of,” they wrote. “We all need a helping hand every now and then.”

The photo has gone viral, with over 2,000 shares on Facebook and hundreds of comments agreeing that the photo is priceless. Some accused the firefighters of staging the pic by pushing the raccoon’s arm forward, but the department disputed this, saying it was just a candid photo taken during a standard procedure.

And while the raccoon looks embarrassed, everything worked out for him in the end: the firefighters released him back into the wild. “He’ll hopefully be less adventurous in his search for snacks from now on,” the department wrote.