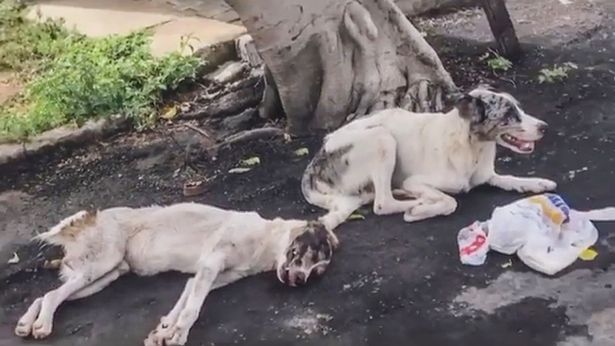 Heartwarming footage has captured a loyal dog taking care of its friend who had been hit by a car until help arrived the following morning.

The stray dog was struck on a main road in the center of the Brazilian municipality of Iguatu on the afternoon of 14th February.

footage that has gone viral online, another dog was filmed lying by the injured pooch’s side.

It remained there the whole night until a local NGO came to its rescue.

“We were unable to go to the location on Sunday afternoon because we had no available vets, but on Monday morning we received news that both of them were in the same place,” nurse Marina Assuncao said.

“I went there with my friend, who is a vet, and we took the injured dog to a clinic.”

When the women approached, the caring dog became aggressive but they eventually managed to win over its trust.

She added: “It stayed close to the injured dog the whole time, it licked it and ran its paws over its body as if it were trying to revive it.

“When we put the injured pooch in the car, the other one had already jumped on the seat and stayed with its pal right up to the moment it received treatment in the clinic.”

The dog was given medication and food and water. It is still unable to walk but will soon be seen by an orthopedist to see if there have been any fractures to the ribs or spine. 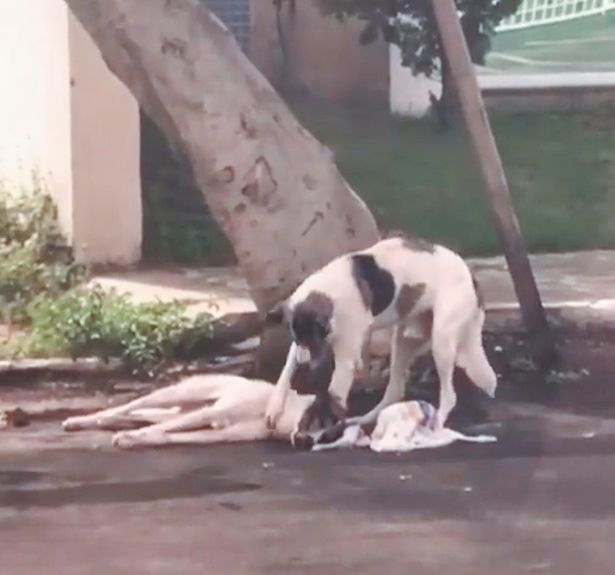 Marina said she was taken aback by the “companionship” shown by the dog to its injured counterpart.

“We are not sure if they are siblings,” she added. “They must be the same age, between nine months and one year old, but we were taken by the companionship displayed by the other dog towards the injured one the whole time, from the moment of the accident to the arrival at the clinic and now at their temporary home.”

It hopes the pair will later be put up for adoption.